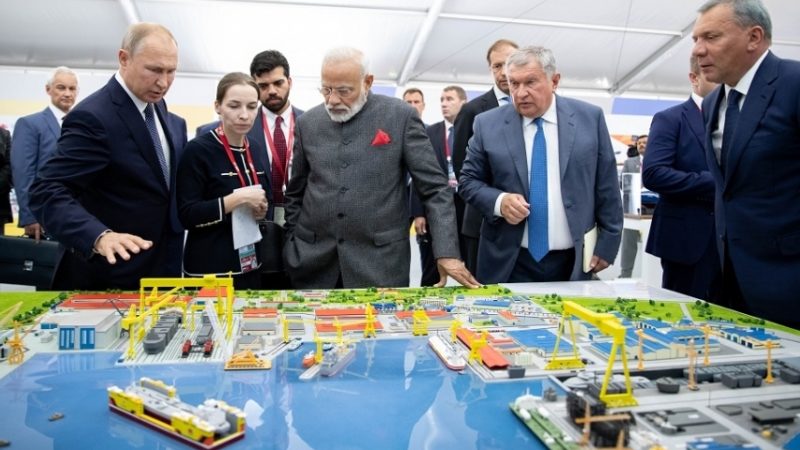 “No matter how much we reduce output from our oil and gas sector, there will always be another country to fill the market void.

“Other countries, regardless of our own environmental concerns, will continue to extract oil and natural gas at the expense of economic growth and business opportunities in Canada.”

The majority of Canadians (59 per cent) agree either strongly or somewhat with that viewpoint, according to a new survey conducted for public policy firm secondstreet.org.

“While many Canadians support efforts to reduce carbon dioxide emissions, we thought it would be interesting to examine if people have thought more deeply about this concept – what happens if Canada keeps its oil in the ground?” says Second Street study author James Skinner. 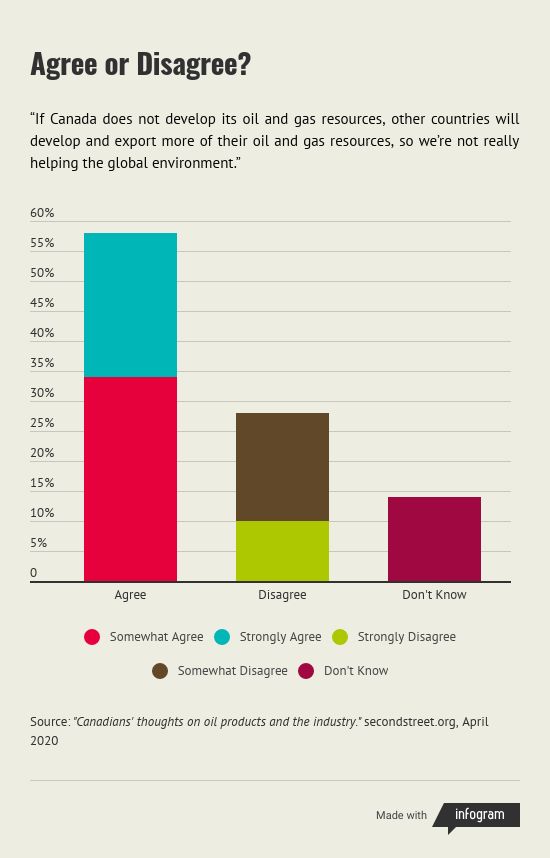 He says the survey results illustrate that Canadians understand our country’s role in global energy production.

“Data from both BP and the [U.S. Energy Information Administration] suggest the world would not go without if Canada scaled back its production. Instead, the world would simply purchase more oil from other nations, as the two organizations expect global demand for oil will continue to rise for decades to come.”

Recent explosive growth in the U.S. is a perfect example, Skinner says. Despite Canada’s continued abandonment of resource projects such as the Teck Frontier oil sands mine, since 2008 U.S. crude oil production has surged 140 per cent while gas output has grown 55 per cent.

That growth has meant a lot of job creation south of the border. The U.S. — which is now the world’s largest oil and gas producer — added 95,000 oil and gas jobs between 2009 to 2018 compared to just 1,610 new jobs in Canada, according to Canadian Energy Centre research.

Skinner says one should also note that Russia is currently proceeding with a significant new oil project in the arctic that is expected to cost US$157 billion, or approximately $219 billion Canadian.

“For perspective, that’s roughly 10 times larger than the $21 billion Teck oil sands mine that was shelved in Canada earlier this year,” Skinner said.

The public opinion survey was conducted by Leger Research with 1,538 adult Canadians between March 13 and March 16, 2020. Respondents were drawn from Leger’s research panel, which Second Street says has proven to be a representative sample of the broader Canadian population.