Canada’s position as the world’s fourth-largest producer and exporter of oil has been in the limelight for several years now, but all for the wrong reasons.

Anti-Canadian oil and gas activists ignore Canada’s world-class record on Environmental, Social and Governance (ESG) indexes by engaging in unbalanced, and sometimes misleading conversations that don’t give our sector the recognition it deserves.

Canada’s record on sustainable oil production should therefore be in the limelight for all the right reasons. With growing global demand projected several years into the future, here are several examples of why Canada should be a global supplier of oil and gas for years to come. 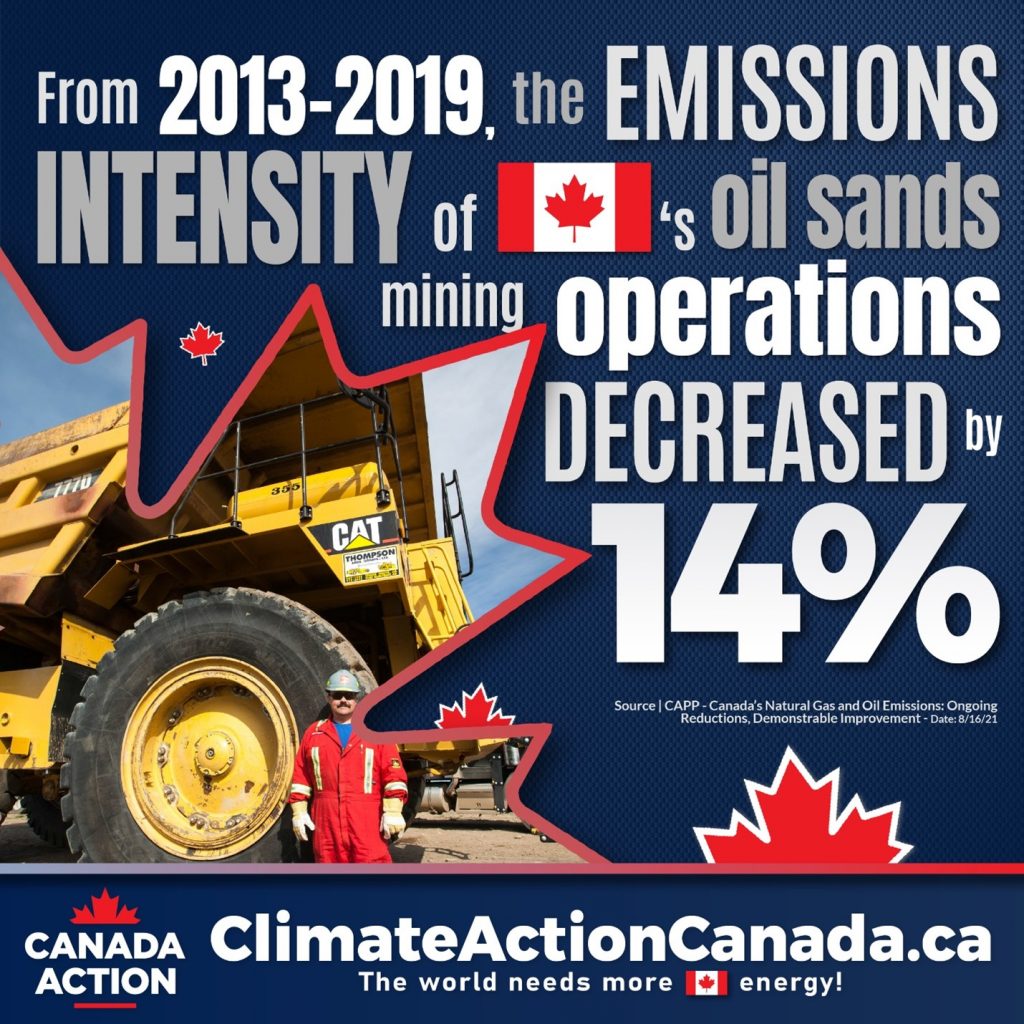 #2 – Newfoundland and Labrador’s offshore industry produces one of the least carbon-intensive oil barrels globally, with an average of less than 19 kilograms (kg) of carbon dioxide (CO2) equivalent (NOIA)

#4 – Canada’s oil sands sector continues to lead the country in the development and deployment of clean technology, with collective research and development (R&D) totalling a record $1.6 billion in 2019, a substantial increase versus $1.2 billion the year before (BMO)

#5 – Global demand for all sources of energy continues to increase, and we can support responsibly produced oil and gas while also continuing to invest in renewables (Canada Action)

#6 – Canada is already a leader in reducing emissions, clean technology, carbon capture, and renewables, and we should be a preferred global supplier of energy (Canada Action)

#8 – Canada imports tens of billions of dollars of foreign oil every year, some of which comes from regimes in the Middle East and elsewhere with weaker protections for human rights and the environment.

#11 – A majority of Indigenous Peoples in Canada support natural resource development, according to a recent poll (Indigenous Resource Network)

Domestically, Canada needs an all-inclusive energy strategy that supports families working in a variety of energy sectors for our local economy and to meet rising global demand.

The truth is that the world will need to use oil, natural gas, nuclear, renewables and hydro for many years yet. We’d be silly if we didn’t fight to position ourselves as a global supplier of choice for all of the above given our exemplary performance on ESG metrics and the benefits those actions would bring to Canadian families across the country.

Charted: The Production Costs of Hydrogen Across the Globe -ENERGYminute

Trans Mountain pipeline to restart Monday after shutdown during B.C. floods
CBC Misrepresents Indigenous Views, Impact of Activism Against Canadian Oil and Gas
Oilpatch keeping the lid on spending amid record-setting output
The Ripple Effect: How B.C. Businesses and Communities Enjoy the Benefits of Oil and Gas