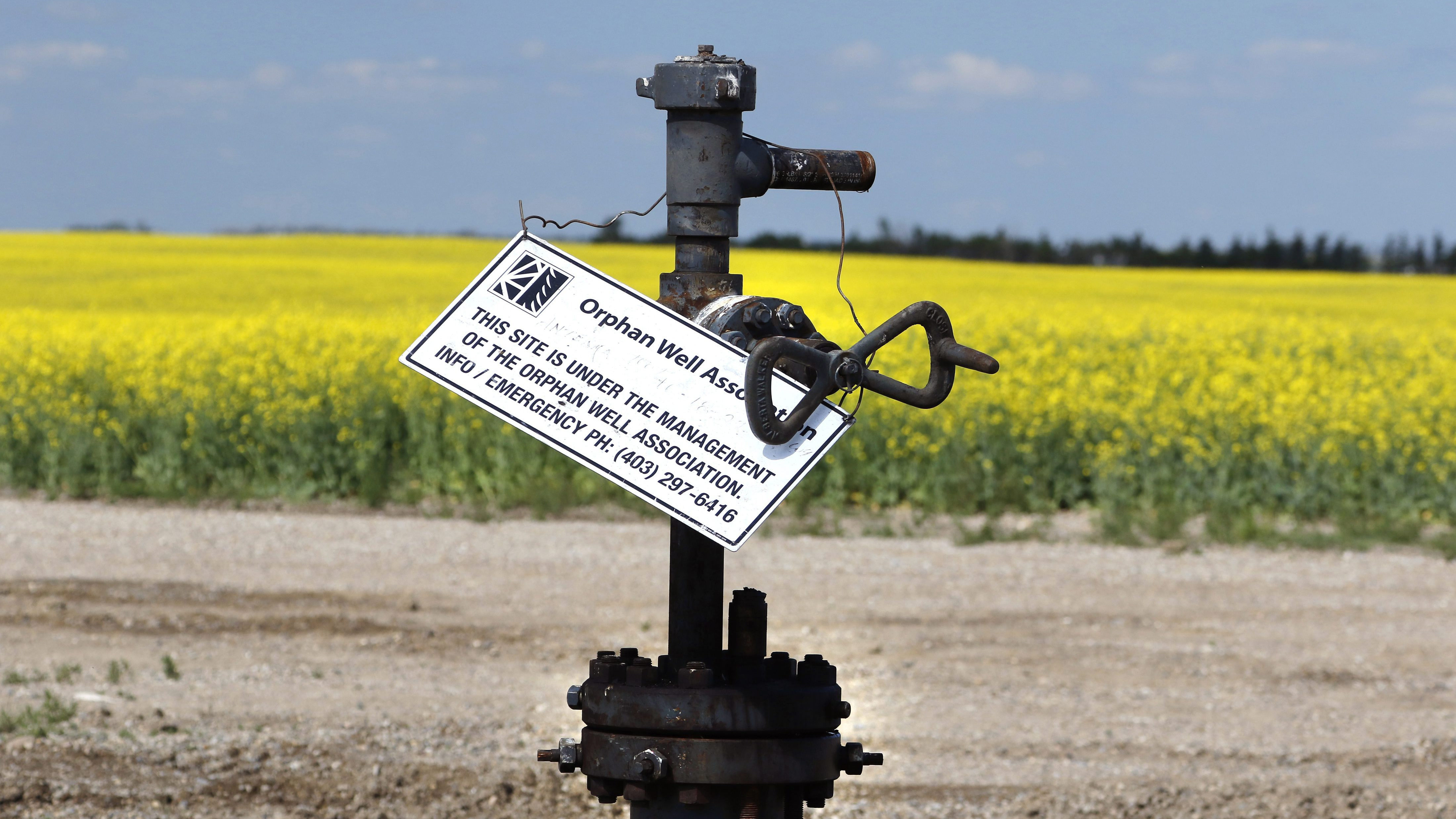 Ottawa’s announcement of $1.72 billion in funding support to clean up inactive and orphan wells in Western Canada has raised questions about what these wells are, their status and their impacts.

Suspended/Inactive well: A well that has not been used for production, injection, or disposal for a specified amount of time (six months for high-risk wells, or 12 months for medium- and low-risk wells). A producer may choose to suspend a well because it is not considered to be economically viable at the time, but it could be in the future.

Abandoned/decommissioned well: Abandonment is the stage before reclamation, where a well that is no longer needed to support oil and gas development is permanently plugged, cut and capped according to Alberta Energy Regulator requirements.

Reclamation: The process of returning the abandoned site, as close as possible, to a state that’s equivalent to before it was disturbed. Companies are responsible for reclamation liability for 25 years, after which the liability reverts to the Crown. Abandoned sites that have gone through reclamation must go through a certification process before being officially deemed reclaimed.

Orphan: A well, pipeline, or facility that does not have any legally responsible and/or financially able party to conduct abandonment and reclamation responsibilities. Orphan wells in Alberta are the responsibility of the industry-funded Orphan Well Association (OWA). Between 2002 and 2018, the OWA successfully decommissioned approximately 2,200 orphan wells and reclaimed over 800 sites. This work is accelerating.

What is being offered:

The federal government announced it will provide: 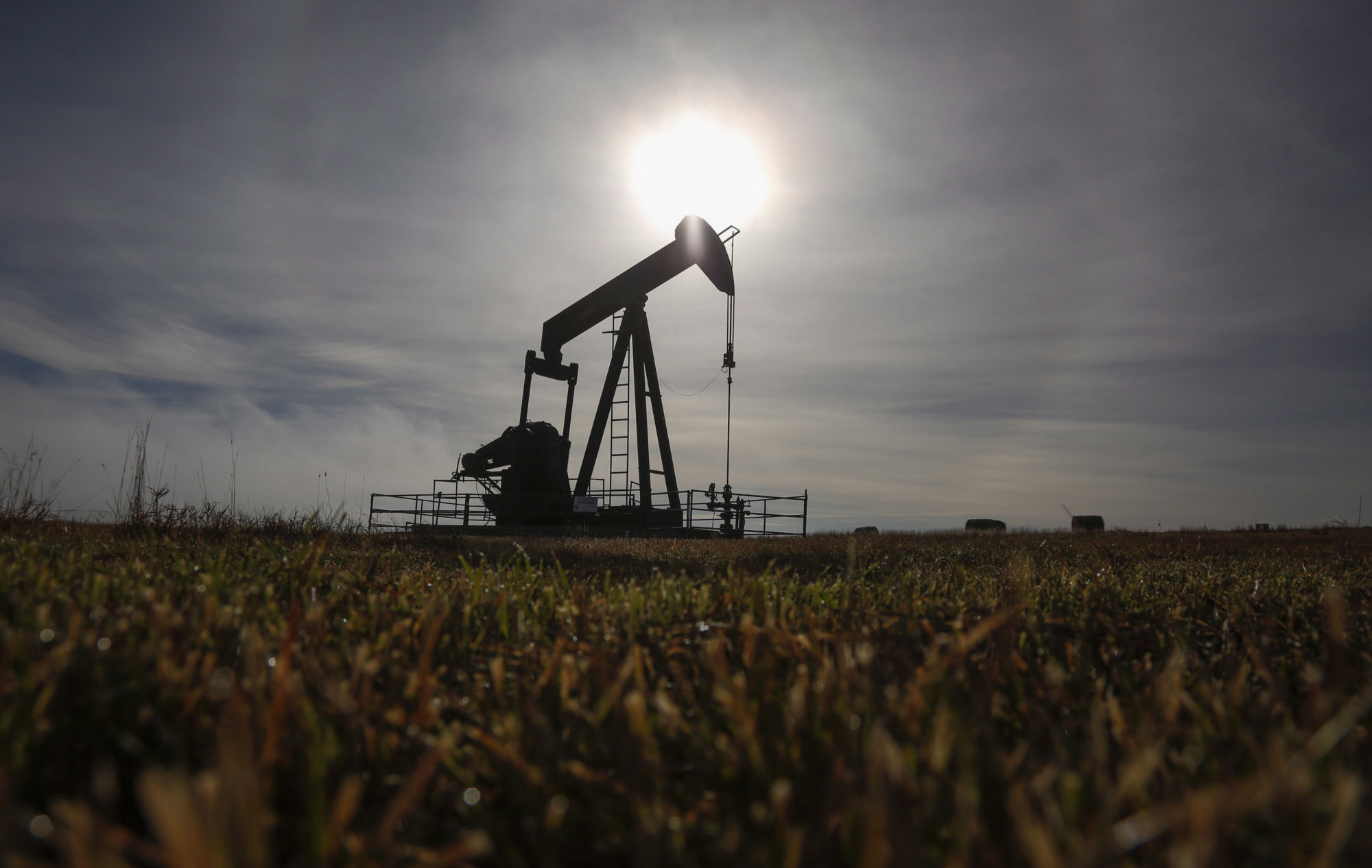 A pumpjack works at a well head on an oil and gas installation near Cremona, Alta., Saturday, Oct. 29, 2016. The Canadian Press

Facts about inactive and orphan wells in Alberta

Fact: There are strict rules about the safety of inactive wells in Alberta

The Alberta Energy Regulator has strict requirements for suspension, safety inspections and reporting for “inactive” or “suspended” wells in the province. For medium- and high-risk wells, this often includes plugging the well downhole.

For all inactive wells, there is a requirement for no wellhead leaks. All wells must be inspected after the first year of suspension, followed by inspection every year for many high-risk wells and every 3 to 5 years for low and medium risk wells. This includes wellhead testing and downhole pressure analysis to ensure leak protection.

Ottawa’s investment to address inactive wells will benefit from recent collaborative work between the Alberta Energy Regulator (AER) and industry that is designed to eventually “flatten and reverse the trend” of liabilities associated with the growing inventory of inactive wells.

A voluntary program called area-based closure (ABC) has been described as “a regulatory paradigm shift” in Alberta. Basically, instead of focusing spending on keeping inactive wells safely suspended, the program enables oil and gas producers to re-direct that investment to abandonment and reclamation – in essence, working faster to remove wells permanently as a liability.

“In the past, the regulator spent significant effort looking at ways to effectively maintain integrity of inactive infrastructure. Because of this, companies have had very little incentive to complete full closure, ultimately leading to a backlog of inactive and unreclaimed sites,” AER senior advisor Anita Lewis said in August 2018.

“This [ABC] approach is a catalyst for companies, allowing them to use their budget previously focused on routine low-risk suspension and redirecting it to efficiently meet the goal of full closure.”

Producers are given the option to seek an “alternative suspension requirement” for low-risk wells that have been inactive for longer than 10 years. In exchange, the producer must commit to an annual inactive liability reduction target it must meet in order to continue participating in the program.

Producers and service providers then work collaboratively to plan activities using an interactive AER map portal. Pilot programs have shown cost savings in closure programs of 10 to 40 per cent, which should make closure activities more attractive to producers.

The AER says that 2019 was the first full year of the program and saw 56 companies participate, with 44 committing to an inactive liability reduction target. There were 136 confirmed projects, and approximately $244 million committed to closure work by companies working towards a target.

“ABC is much more than companies just learning to plan their operation smarter,” CAPP manager of operations Richard Wong said in August 2018. “It’s the shared goal of the regulator and the operators to reduce all aspects of liability in a cost effective and timely manner.”

Fact: Alberta is already taking care of its orphan wells

The oil and gas industry downturn in 2014 has led to an increase in orphan wells in Alberta, and also an increased focus on dealing with the issue. As a result, Alberta’s Orphan Well Association (OWA) is expected to have more people at work in the field this year than Canada’s largest oil producers, according to OWA executive director Lars De Pauw.

Loans from the Alberta government ($235 million in 2017 and an additional $100 million in March 2020) have led to a surge in OWA activity dealing with its orphan well inventory, which currently sits at 2,983 wells for abandonment and 3,284 wells in the process of reclamation.

OWA expects to decommission/abandon 74 per cent of its current orphan well inventory this year in work that is not tied to the new $200 loan being offered by the federal government.

More wells are expected to continue being added to the OWA’s backlog, however.

“With the economic downturn and decreased commodity prices, more companies are on a track to insolvency, which means more properties will be added to our inventory,” De Pauw said in the organization’s 2018 annual report.

At the end of March, the Alberta government introduced legislation that would expand the scope of the OWA to, in part, enable it to exert more financial control to manage sites that may become orphaned, as well as sites that are already in its orphaned inventory.

The changes are designed to mitigate the risk of growing orphan sites while protecting jobs, public safety and the value of producing assets.

In January 2019, the Supreme Court of Canada issued a landmark appeal decision that will significantly reduce potential public liabilities from orphan wells. Essentially, the high court ruled that “after going bankrupt, an oil and gas company has to fulfill provincial environmental obligations before paying anyone it owes money to.”

The Court of Queen’s Bench of Alberta had previously ruled that junior producer Redwater Energy, facing insolvency, “could market its viable assets to repay creditors, and leave their inactive and unmarketable properties to be decommissioned and reclaimed by the Orphan Well Association, at little or no cost to the creditors of Redwater,” OWA chair Brad Herald described in its 2018 annual report.

“This decision would have set a catastrophic precedent for both our work going forward and for taxpayer liabilities across many jurisdictions and many industries. For that reason, the appeal by the OWA and the Alberta Energy Regulator to the Supreme Court of Canada was supported not only by the oil and gas industry, but also by the governments of Alberta, British Columbia, Saskatchewan and Ontario.

“The Supreme Court of Canada made the right decision in asserting that environmental responsibilities are among the first orders of business in an insolvency. The Court provided clarity that environmental obligations are not considered debts but are, rather, duties to citizens and communities.”

What does Canada’s economy need after COVID? – Fraser Institute