EnergyNow will be publishing the answers from the candidates that participated to let readers know where candidates stand on key energy issues that affect Calgary and in many ways, Alberta and the rest of Canada.  For information purposes, only one candidate asked declined the invitation to participate. 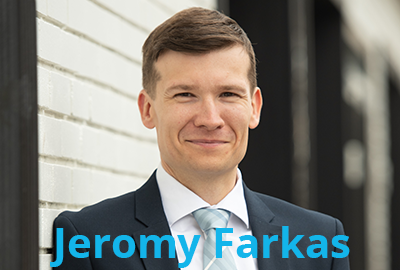 Jeromy Farkas (JF): Fossil fuels are not a sunset industry. Everyone relies routinely on oil and natural gas for energy and many products. The global fossil fuel energy industry will grow for many decades before the transition to renewable energy sources has advanced sufficiently to lead to a decline in the use of fossil fuels.

Choosing not to develop Alberta’s resources will not advance a transition to renewable energy sources. It will only make Calgarians, Albertans, and Canadians poorer as fossil fuels are purchased from another jurisdiction.

Alberta is a leader in clean, ethically produced energy and as Mayor I will advertise this fact to the world at every opportunity.

JF: The energy sector is incredibly important to Calgary, Alberta, and Canada on a go-forward basis. The energy industry is 25% of Alberta’s GDP and about 10% of Canada’s GDP. Calgary is known worldwide as the source of expertise in oil and gas development, investment capital for these developments, and innovative solutions to energy exploration and production challenges. I will emphatically support this valuable industry and the jobs it provides rather than vilify or stifle it.

JF: Controlling the tax and regulatory burden is vital to attracting and maintaining businesses. City Hall needs to get out of the way to make it easier to do business in Calgary. Business owners are fed up with outrageous, unpredictable tax increases. I routinely hear from business owners who are frustrated with red tape, complex processes, and long approval times. Addressing these issues is key to making it more affordable to live and do business in Calgary.

Specifically regarding downtown, Calgary’s downtown plan is missing key elements that will hold it back: safety and flood mitigation. Calgary is the only major city in North America without a downtown police station. For people to truly be comfortable living, working, and raising their families downtown they must know they’re safe.

The 2013 floods still weigh on the minds of inner city Calgarians. Eight years later, downtown Calgary does not have adequate flood mitigation. While this is the case, downtown Calgary will be at a disadvantage compared to other parts of the city when families and businesses are choosing where to locate.

JF: I believe the aggressive efforts of the federal government to reduce the oil and gas industry in Canada are misguided. This direction is especially counterproductive when unemployment is higher than typical, and public debt is at an all time high. Global oil and natural gas demand is going up, not down, and as a clean, ethically responsible producer of these resources, Canada needs to step up.

JF: I’m pleased that the activities of foreign-funded groups have been highlighted in the media by multiple journalists and energy analysts. The lobbying efforts of these groups undermine a Canadian discussion of what we want our energy strategy and policy to be. The motives of some of these groups do not appear to be what they claim.

The push by anti-energy activists to abandon fossil fuels at this moment of crisis when the economy is recovering and public debt is skyrocketing is misguided and dangerous.

JF: My family came to Calgary because they saw it as a place of opportunity, where just about anything is possible for those who are willing to work for it. Calgarians do not want a hand-out from the government to facilitate a “just transition,” they want the freedom to pursue opportunity and go about their business without being stifled by misguided government policy. We need to help Canadians and the federal government better understand the energy industry’s value.

JF: I have not been involved or associated with an anti-oil and gas campaign or group. In December of 2019, I wrote a notice of motion encouraging the city to champion the oil and gas industry and cease investing in groups that are hostile to our industry, like the Pembina Institute.

JF: I expect more opportunities to produce and consume the various types of hydrogen will emerge for businesses, government and consumers in Calgary and Alberta. I favour the City of Calgary becoming an early adopter of hydrogen where it’s technically feasible and economically reasonable.

JF: I support affordable and well thought out efforts to help “green” Calgary’s future and thereby reduce GHG emissions. I’m delighted that Enmax operates the most efficient combined-cycle electricity generation technology. We need to expand the use of this technology as electricity demand increases. I do not support restricting the energy source for heating in many new buildings to electricity as the City of Vancouver recently did.

EnergyNow would like to thank Jeromy Farkas for his participation. 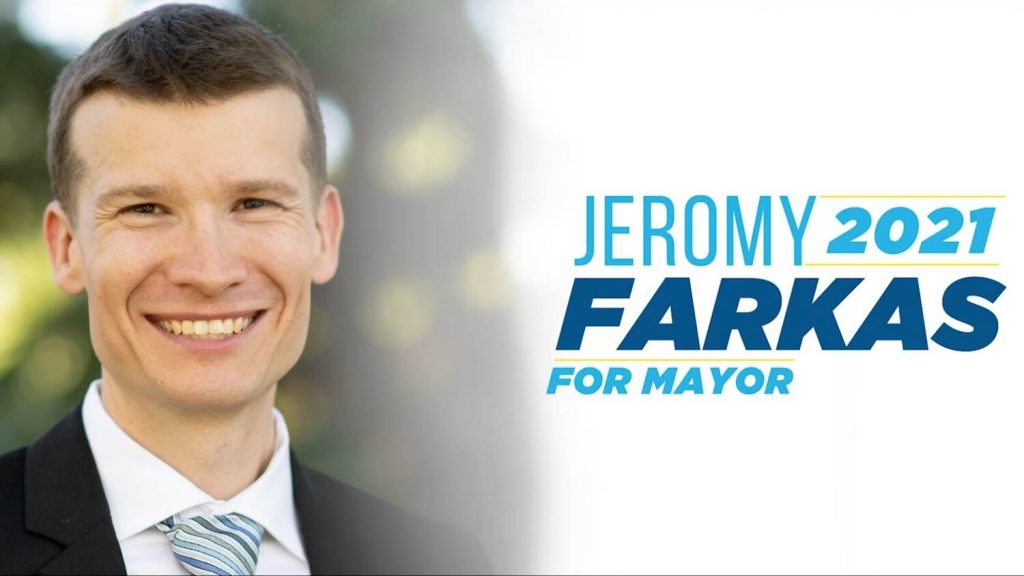