“Politicians owe taxpayers the truth and the truth is that the tax bill at the pump is going up because politicians on all sides are breaking their promises,” said Franco Terrazzano, Federal Director for CTF. “The Trudeau government told voters it had no intention to keep raising carbon taxes, but that’s exactly what it did after the election. O’Toole signed a pledge to oppose a carbon tax during the Conservative leadership race and now he’s proposing his own carbon tax.”

The media availability was held as part of the CTF’s 23rd annual Gas Tax Honesty Day. Fibber, the CTF’s long-nosed, honesty-in-politics mascot, attended the event. Fibber makes an appearance when politicians break their promises to taxpayers.

Before the last federal election, former environment minister Catherine McKenna said the government had “no intention” to raise the carbon tax beyond $50 per tonne. In August 2020, Trudeau promised not to raise taxes or costs. Despite these statements, Trudeau announced plans in December to increase the carbon tax to $170 per tonne by 2030 and impose a second carbon tax through fuel regulations.

When running for CPC leader, O’Toole signed a CTF pledge promising to “repeal the Trudeau carbon tax” and “reject any future national carbon tax or cap-and-trade scheme.” In April, O’Toole announced he would introduce his own carbon tax if elected prime minister.

At the media availability, the CTF released its annual Gas Tax Honesty Day report, which highlights the hidden taxes Canadians pay every time they fill-up. Taxes can account for up to 42 per cent of the pump price in Canada. The average tax cost for a 64-litre fill-up in Canada is about $29.

“Taxes already cost Canadians big time at the pumps and that tax bill will continue to grow with the Trudeau and O’Toole carbon taxes,” said Terrazzano.  “Politicians need to find ways to save families money rather than weighing them down with even more taxes.” 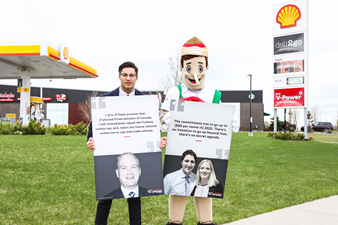 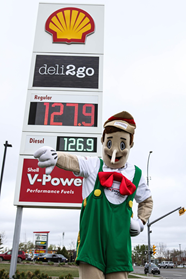 Commentary: Comparing oil and gas extraction in slump years to the automotive and aerospace sectors