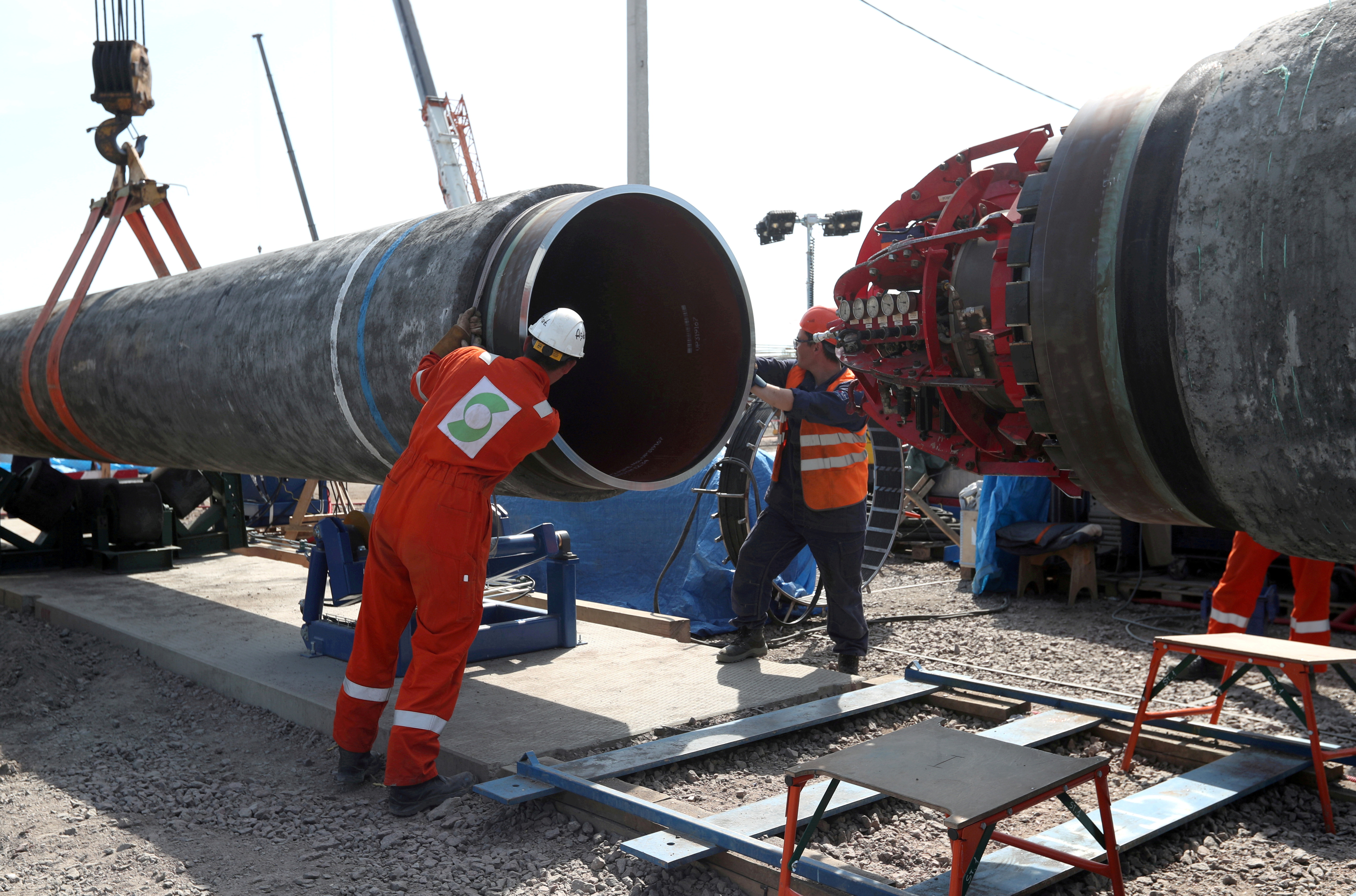 Russian officials on Wednesday said Moscow’s fraught ties with Washington could benefit from the waiving of U.S. sanctions on the company in charge of the Nord Stream 2 pipeline, after a report said the Biden administration was set to lift them.

Commenting on a report by U.S. news website Axios, Kremlin spokesman Dmitry Peskov said it would be a “positive signal” if it turned out to be true.

“The appearance of such publications is quite positive in itself,” Peskov told reporters on a conference call. “It’s much better than reading that new sanctions are on their way.”

Axios reported that Washington was set to wave sanctions on Nord Stream 2 AG, the company overseeing construction of the pipeline. It also said sanctions would be waived on Matthias Warnig, an ally of President Vladimir Putin and the company’s chief executive. read more

Gazprom (GAZP.MM), the Russian state energy company financing the undersea gas link from Russia to Germany, and its Western partners are racing to finish the project, now about 95% complete.

Reacting to the report, Russian Deputy Foreign Minister Sergei Ryabkov said the waiving of those sanctions would help normalise ties between Moscow and Washington.

“If the media leaks turn out to be true, a glimmer of normalcy in American politics,” TASS news agency quoted Ryabkov as saying. “Then there will probably be a chance for a gradual transition toward the normalisation of our bilateral ties.”

U.S. President Joe Biden, who in March said he thought Putin was a “killer”, prompting Moscow to recall its ambassador to Washington for consultations, has said he would like to hold talks with Putin during a trip to Europe next month.

The Kremlin has said it is studying the possibility of holding the summit.