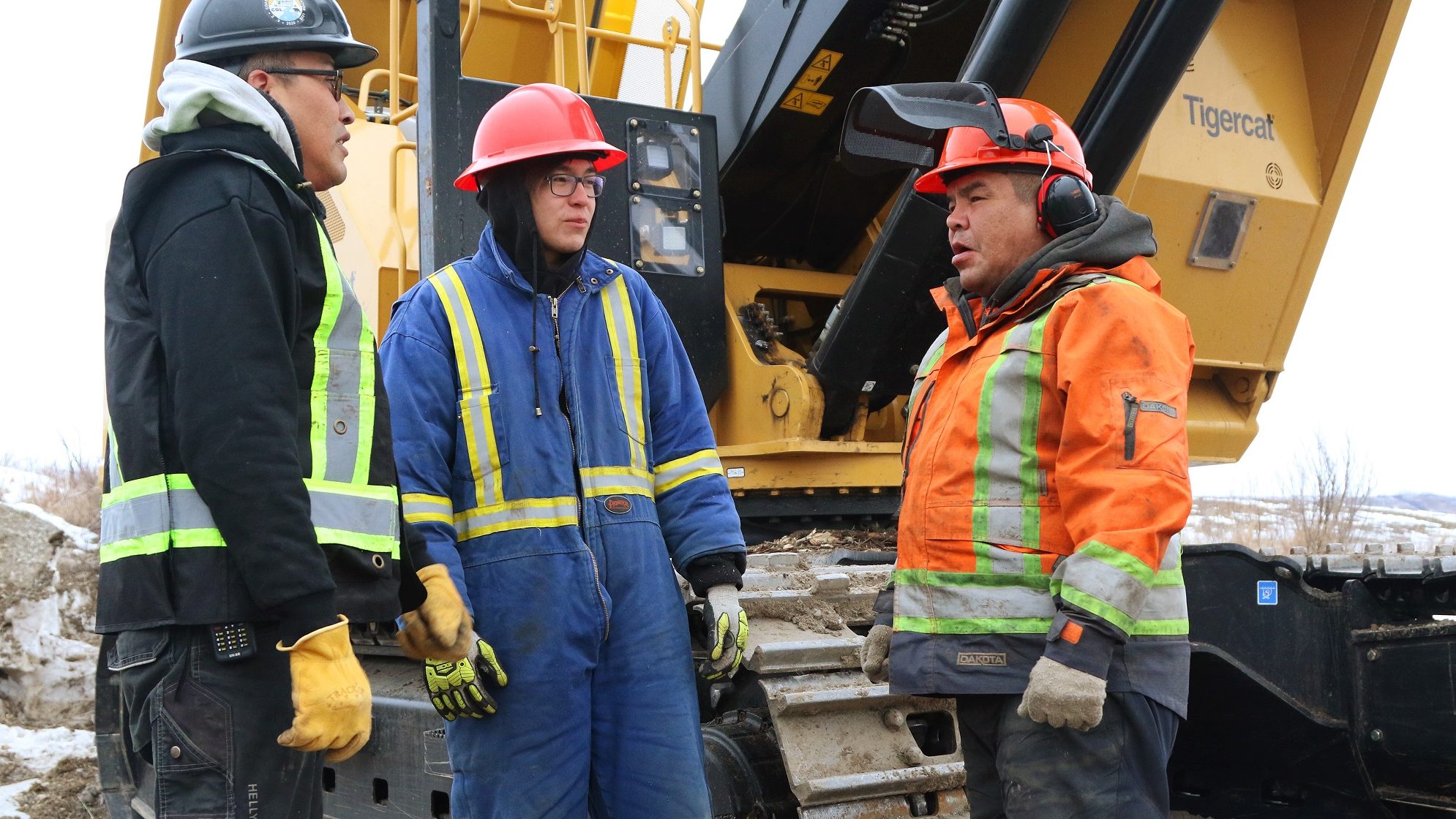 This Fact Sheet (which can be downloaded here as a pdf) details the economic status of First Nations along the Coastal GasLink pipeline project route using data on employment and unemployment rates and median and average employment income for those working full-time, full-year.

The Coastal GasLink pipeline is a 670-kilometre project in British Columbia that, when complete, will transport natural gas from Chetwynd in northeast British Columbia to be processed into liquefied natural gas (LNG) at the LNG Canada export terminal at Kitimat on the British Columbia coast. The pipeline project was initially wholly owned by TC Energy, which has since sold a 65 percent interest to KKR and Alberta Investment Management Corporation. At peak, construction on Coastal GasLink is expected to employ as many as 2,500 people including local First Nations.¹ In addition to construction employment, the Coastal GasLink consortium has offered a 10 per cent ownership stake in the $6.6 billion project to the 20 First Nations² along the route with whom the project partners signed benefit agreements.

Figure 1 shows the employment rates for those who self-identify as Aboriginal in British Columbia for on-reserve, off-reserve, and the combined measurement (i.e., “Aboriginal identity (BC)”) and then rates for all British Columbians. These rates are then compared with First Nations who have signed a benefits agreement with Coastal GasLink.

Available data from the First Nations on the route show lower employment rates than all British Columbians—and lower than those who self-identified as off-reserve Aboriginal in the 2016 Census.³ In addition, most First Nations who have signed a benefits agreement with Coastal GasLink have employment rates that are below the average for all BC First Nation reserves (42.7 percent). The Coastal GasLink agreements (and other, future resource projects) have the potential to provide revenues to communities where existing own-source tax revenues are scarce. Also, direct work on pipelines or other resource projects including from future spin-off economic activity has the potential to raise employment rates and lower unemployment rates. 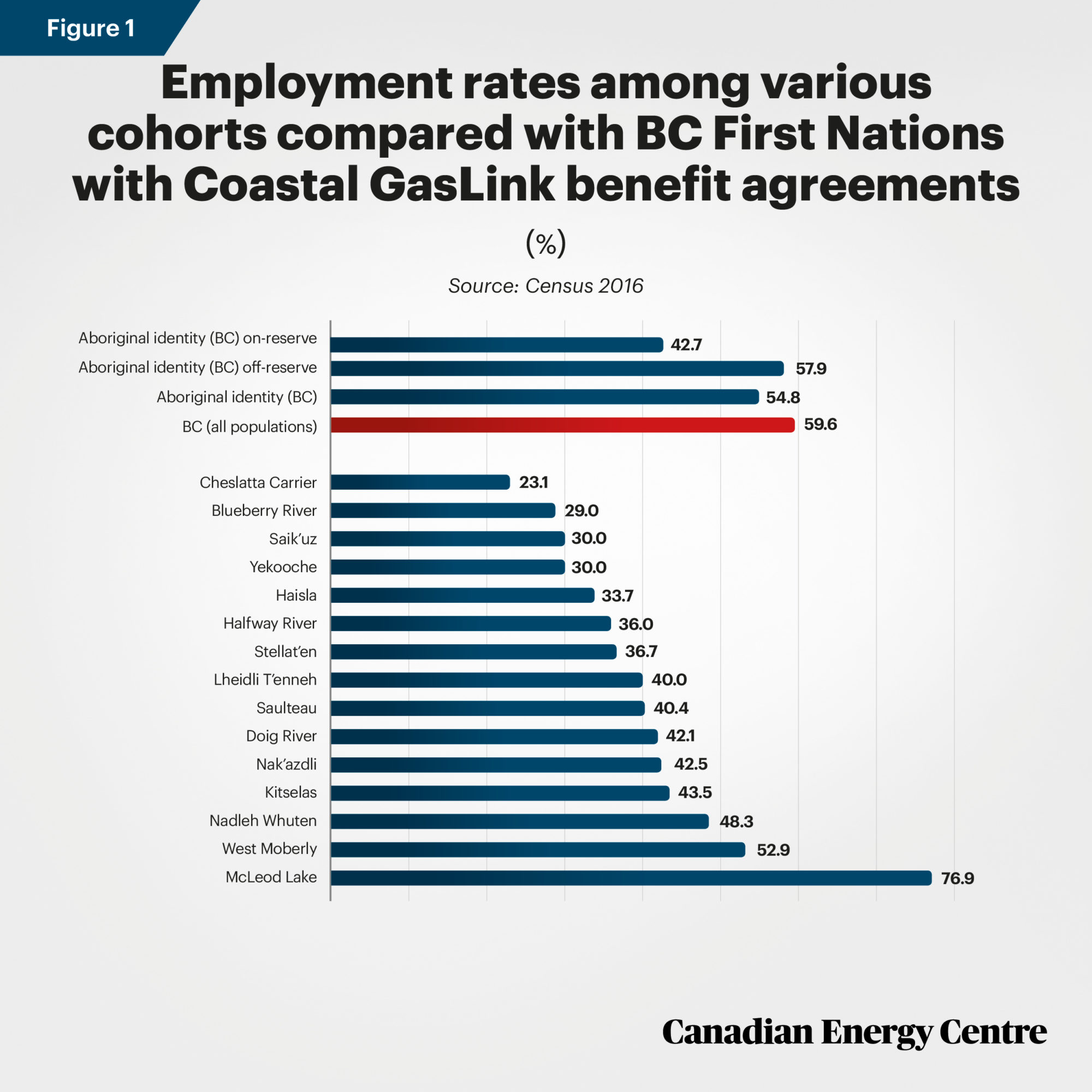 Figure 2 shows the unemployment rates for the various cohorts noted above. Unemployment rates for all First Nations who have signed benefit agreements (and are profiled in the 2016 census) are higher than the average for all British Columbians, and also those who self-identified as off-reserve Aboriginal in the 2016 Census. In many instances, most First Nations that have signed a benefits agreement with Coastal GasLink also have unemployment rates higher than the average for all First Nations reserves in British Columbia. The work that will come with the Coastal GasLink project has the potential to improve those rates. 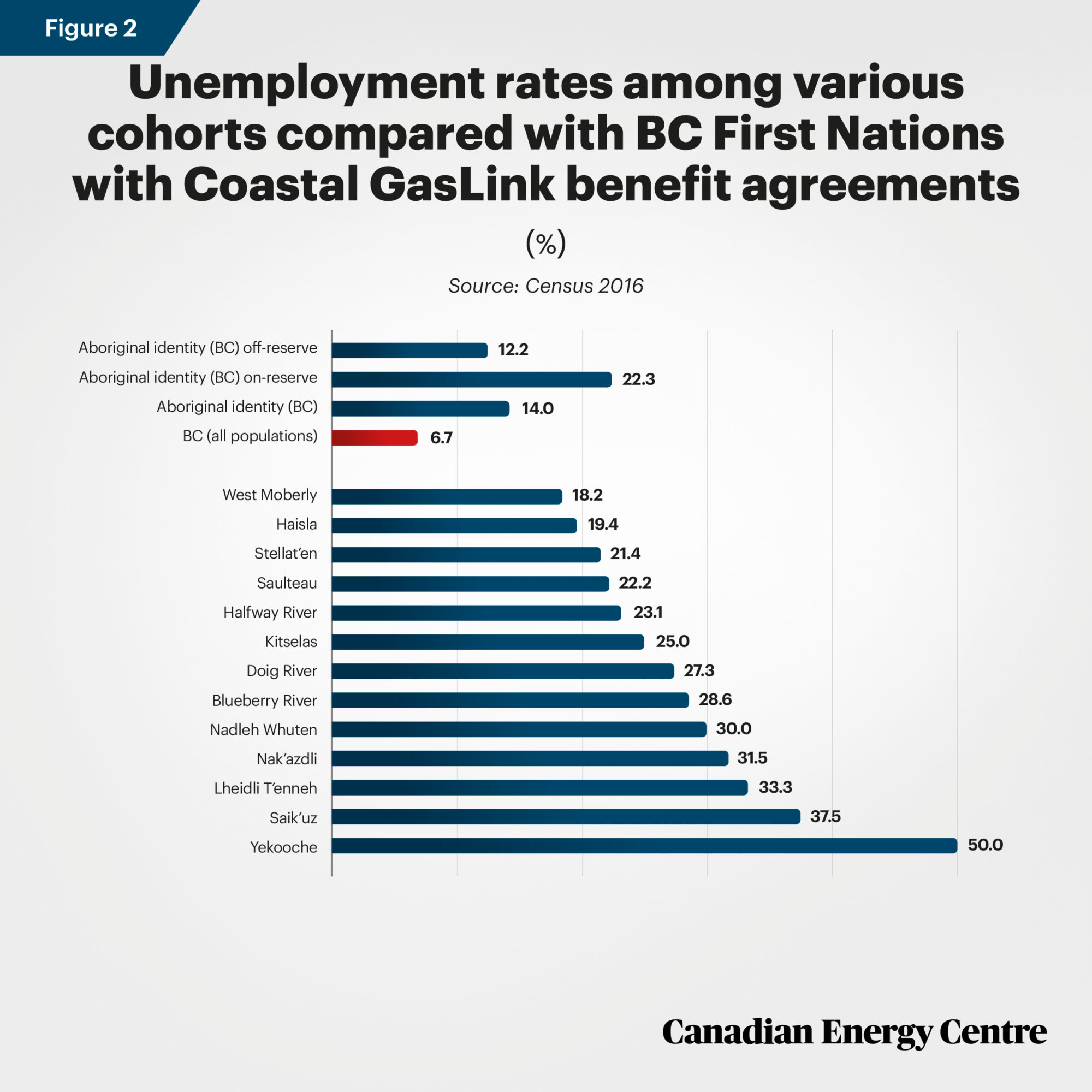 Figures 3 and 4 compare median and average employment income for those who work full-time, full-year. Both sets of data are important because many British Columbia First Nations are in relatively remote areas far from most of the economic opportunities available to those in urban areas.

Only five of the 20 First Nations with a benefits agreement with Coastal GasLink reported employment income statistics in the 2016 Census. While three of the five indicated they have median on-reserve incomes higher than the median for all BC First Nations, all five still recorded median incomes between $30,336 and $42,624, which is lower than that for all British Columbians. Still, the relatively higher median incomes for three of the five show the potential for First Nations who work with, and benefit from, the energy sector as does, for example, the Haisla First Nation. As that west coast First Nation notes, the natural gas sector has been critical to moving from poverty to prosperity: “In less than a decade, the Haisla Nation has leveraged the strategic location of its traditional territory to go from a Nation on the verge or remedial management to an eagerly sought after partner and key stakeholder in several multi-billion dollar LNG projects.”

Given that Census 2016 employment income data are not available for 15 of the 20 First Nations who have a benefits agreement with Coastal GasLink, it is only possible to speculate on what those data might be; some might have incomes that rival the five profiled here; some might be below these levels. Either way, benefit agreements are of value to remote First Nations where there may be few other income streams available. 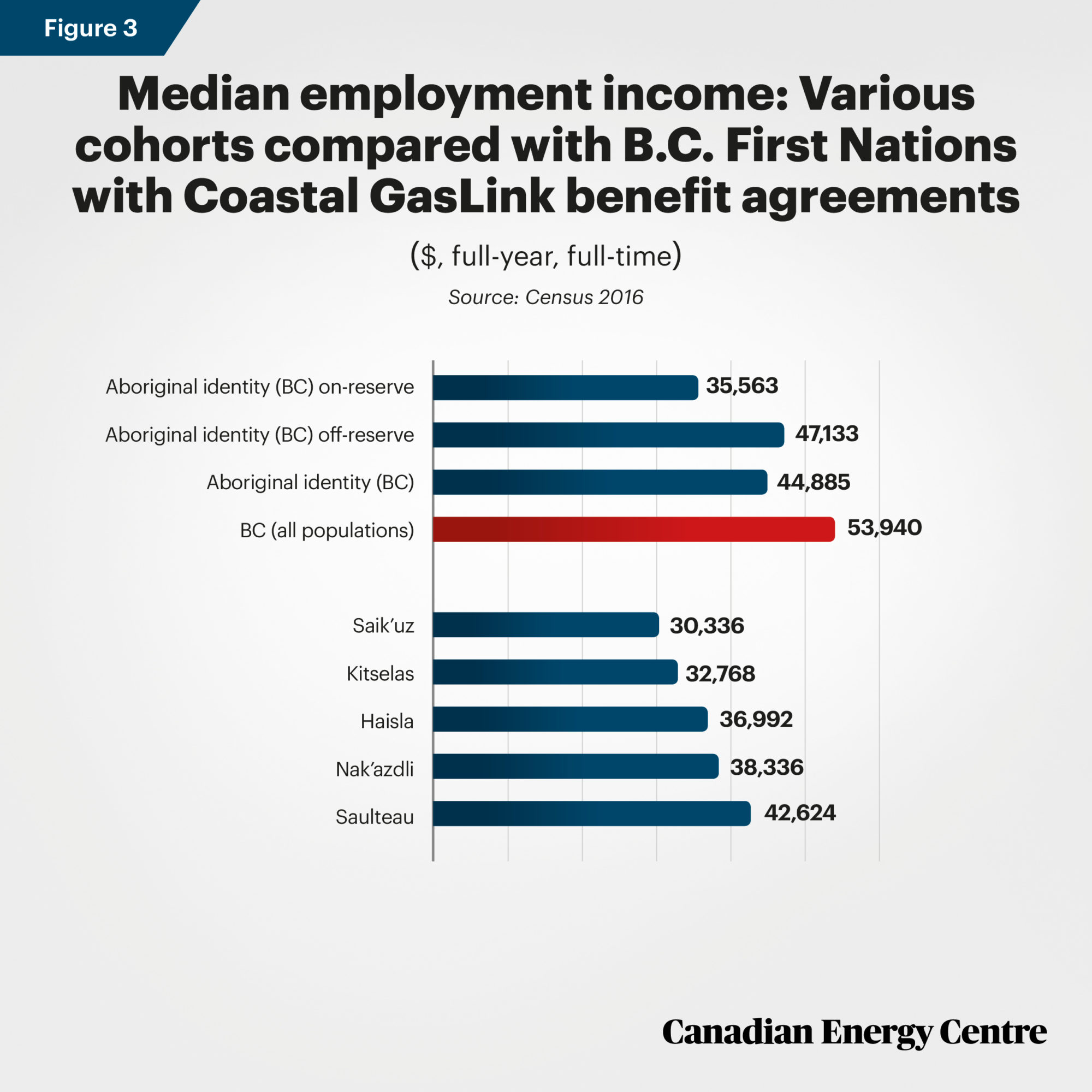 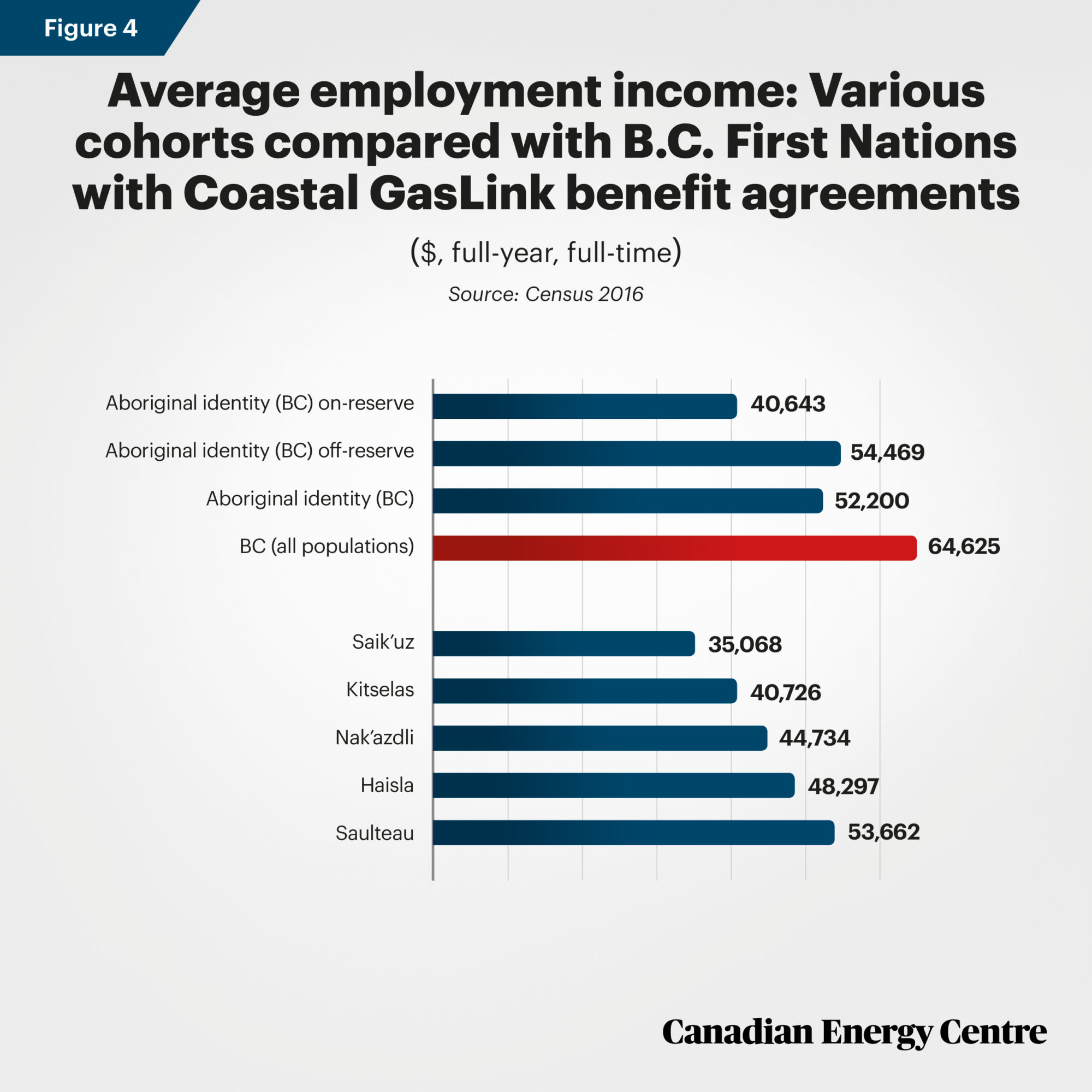 Critically, on median incomes, whether in construction ($49,262), pipelines ($117,831), or oil and gas extraction ($142,833), Figure 6 shows that median employment incomes (full-time, full-year) for self-identified Indigenous British Columbians in those industries are all higher than the allindustry average ($44,855). In other words, the more FirstNations members and other Indigenous British Columbians involved in construction, oil and gas extraction and pipeline work, the higher the incomes. 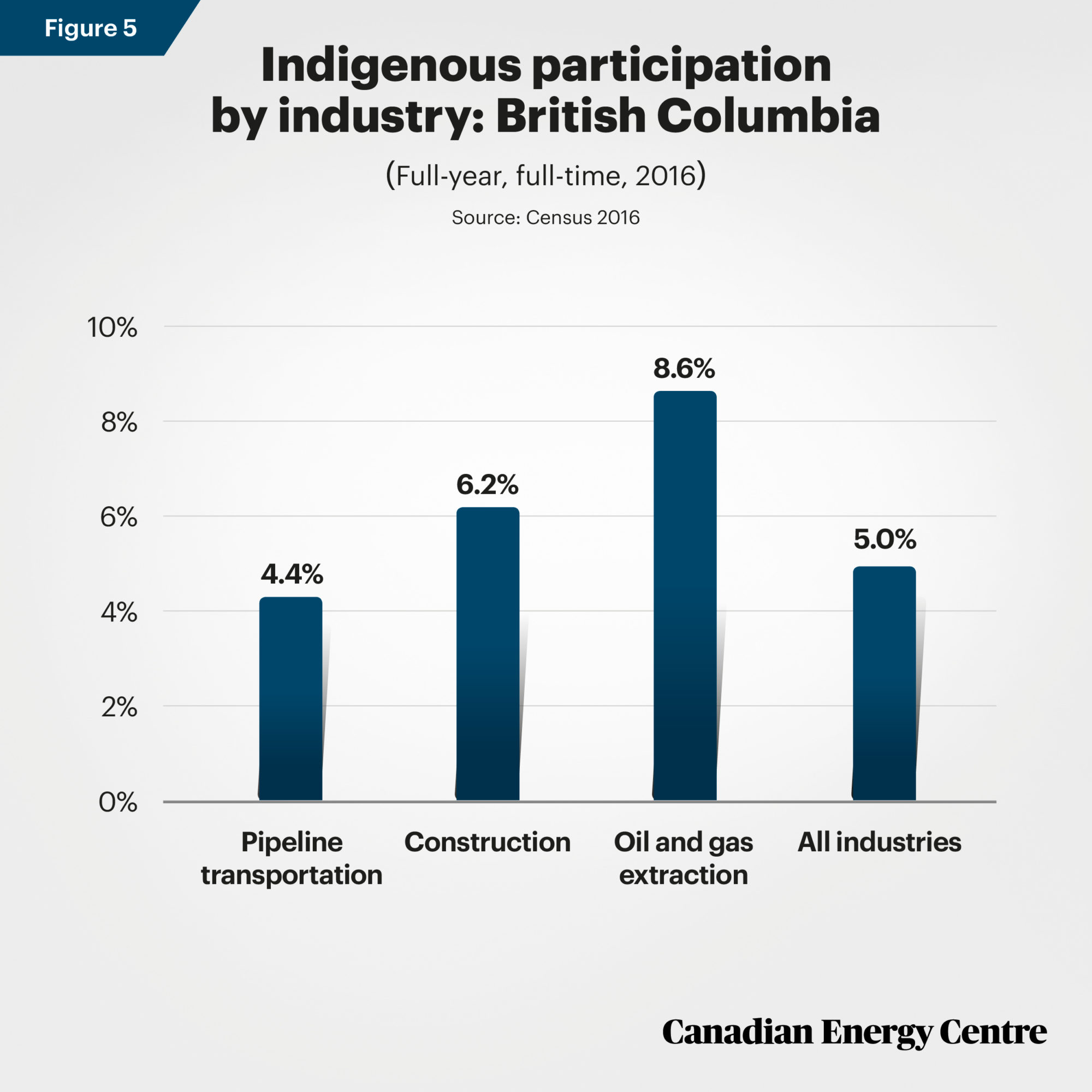 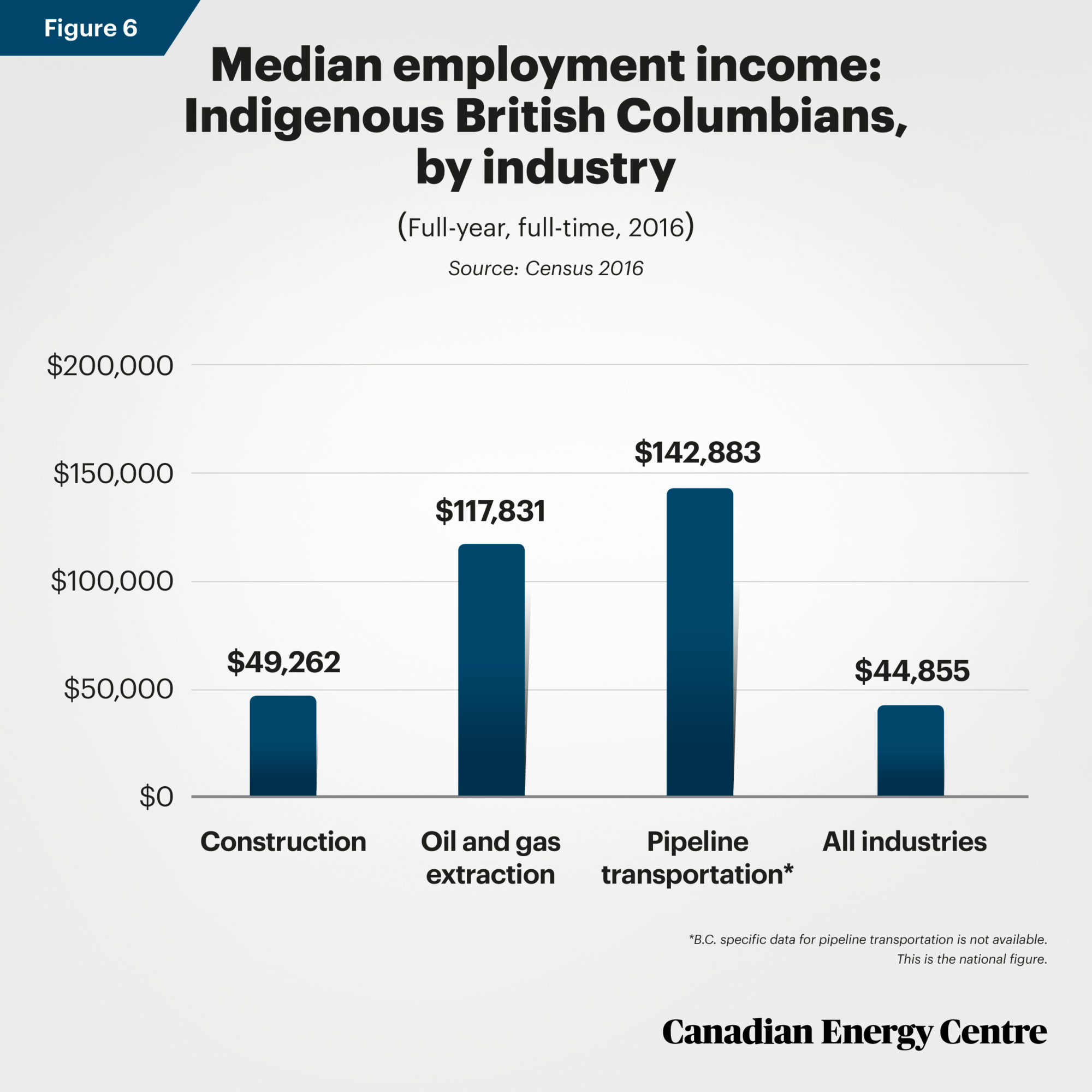 The takeaway: Coastal GasLink and other future pipeline projects provide construction jobs as well as future revenue streams for First Nations with benefits agreements. These jobs, along with other employment in the energy sector, can help mitigate the often relatively low employment rates and higher unemployment rates in these communities, and increase incomes that are frequently below those for other British Columbians.

Terms and definitions used in this report related to employment and incomes can be accessed through Statistics Canada. This CEC Fact Sheet was compiled by Lennie Kaplan and Mark Milke at the Canadian Energy Centre: www.canadianenergycentre.ca. The authors and the Canadian Energy Centre would like to thank and acknowledge the assistance of Mr. Philip Cross in reviewing the data and research for this Fact Sheet. Image credit: ‘Silhouette of an oil worker in the evening’ by Joel Sheagren