Do You Participate In PHAs/HAZOPs? Optimize Quality & Efficiency with PHA/HAZOP Training, Register Today!

Attention, Saskatchewan operators! You don’t want to miss this… 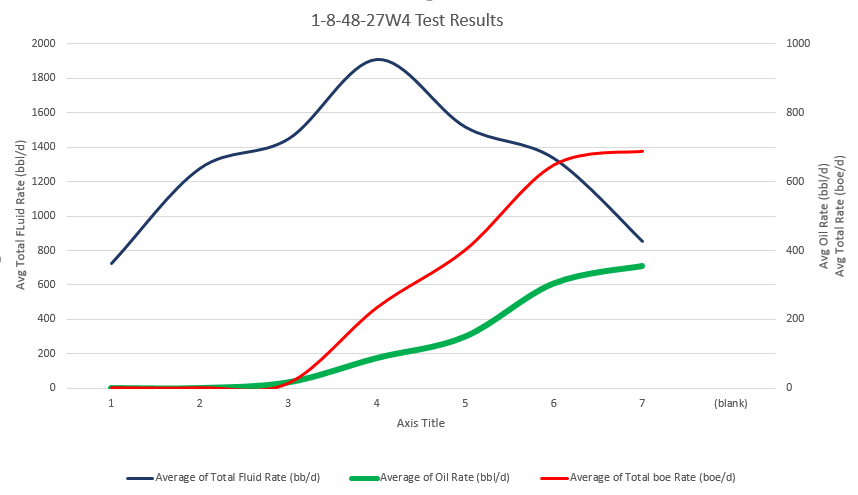 From August 29, 2019 until September 4, 2019 the well was pumped and flowed continuously with rates varying at times as illustrated in Figure 1 above. The well displayed excellent inflow with total fluid rates averaging 1,400 bpd during the testing period. During the test period 8,252 barrels of fluid were recovered of which 817 barrels were oil. Oil cuts were trending upward through the continuous flow period and were approximately 45% at the end of the test period. On a boe basis the well averaged approximately 700 boepd during the final 24 hours of the test (50% oil).

The final test rate exceeds that of the initial 16-17 discovery well and further delineates the Wizard Lake Rex oil pool.

“This delineation well extends a top tier oil pool that is expected to further increase the oil component of our production base, enhance the Corporation’s oil reserves and strategically position Point Loma as the Rex oil play continues to evolve in the area and across Point Loma’s large land position.” said Terry Meek, President and CEO of Point Loma. “Point Loma is excited to announce these results and looks forward to unlocking the value of this significant oil property for its shareholders.”

Next steps to advance the Rex oil pool will be to place the new well on production to existing facilities. Current landholdings of the Corporation support the potential for 16-20 (gross) additional drilling opportunities based on internal mapping and projected well spacing.

Further to the Corporation’s press release dated July 17, 2019, Point Loma has retained Mackie Research Capital Corporation and will be reviewing proposals to purchase its interest in the Wizard Lake oil property.

Point Loma maintains an extensive inventory of additional opportunities identified through analysis of historical penetrations that are indicative of bypassed oil pay on its lands. A description of the Corporation’s other top tier opportunities can be found in the corporate presentation on the Point Loma website at www.pointloma.ca.

Point Loma is a public oil and gas exploration and development company focused on conventional and unconventional oil and gas reservoirs in west central Alberta. The Corporation controls over 140,000 net acres (220 net sections) and has a deep inventory of oil opportunities in the Mannville (Upper and Lower), Banff, Nordegg, and Duvernay Shale formations. Point Loma’s business plan is to utilize its experience to drill, develop and acquire accretive assets with potential to employ horizontal multi-stage frac technology and to exploit opportunities for secondary recovery. For more information, please visit Point Loma’s website atwww.pointloma.ca or Point Loma’s profile on the System for Electronic Document Analysis and Retrieval website at www.sedar.com.