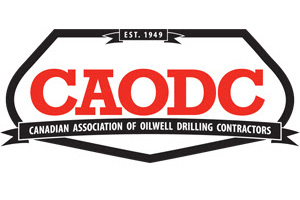 The Canadian Association of Oilwell Drilling Contractors (CAODC) is “extremely disappointed, but not surprised” at TransCanada’s cancellation of the Energy East Pipeline and Eastern Mainline projects.

In a statement released earlier this morning, TransCanada announced the cancellation of the Energy East Pipeline and Eastern Mainline projects. This August, despite a comprehensive, expensive, and collaborative effort on TransCanada’s behalf, the five year application process— which included hundreds of community open houses and meetings, hundreds of consultation sessions with Indigenous communities along the route, and saw support from thousands of Canadians across the country—encountered yet another hurdle with the National Energy Board’s (NEB) decision to include upstream and downstream emissions in the project review.

In its news release dated August 23, 2017, the NEB stated it would “consider upstream and downstream greenhouse gas emissions (GHGs) in determining whether these projects are in the public interest.” The release went on to indicate that “This decision follows a comment period during which about 820 submissions were received.”

“We are extremely disappointed, but not surprised at today’s announcement,” says CAODC President, Mark Scholz.

Referring to petition E-216, tabled at the House of Commons in September of 2016 in support of Canadian oil and gas and pipelines, Scholz points out that “It’s sad, confusing, and frustrating when 820 letters can lead to derailing a project supported by thousands of Canadians across the country; a project with the potential to provide thousands of jobs and billions of dollars in royalties and tax revenues.”

Scholz goes on to express concern over the potential impact the Energy East cancellation has on investment in the Canadian economy, as well as global emissions. “This outcome sends a message to potential investors that the rules you spend considerable time, money and effort to follow in Canada are subject to continuous change at a moment’s notice.”

Regarding emissions, Scholz explains that without market access, Canada’s oil supply will be displaced by other oil producing nations. “Since 2012, Canada has spent over $100 billion importing oil from other countries, many of which have deplorable environmental and human rights records,” he explains. “Right now we can’t even supply our domestic markets with Canadian oil and gas. It’s disappointing that 820 letters can change circumstances in a way that leads to a loss of thousands of Canadian jobs, a compromised future for Canada’s economy, and the cancellation of building a safer way to transport our responsible, ethical resources to Canadians and the rest of the world.”