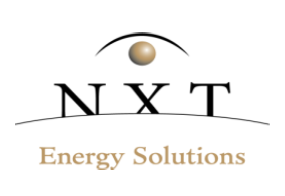 Mr. Sheehan has worked continuously in international oil and gas exploration, development, and production for over 38 years. He has broad technical and business development experience in Africa, South Asia and Europe which he will bring to NXT, as the Company seeks new markets for its proven SFD® tool.

Mr. Sheehan began his career in 1982 as a Geophysicist with Britoil plc. (formerly, the British National Oil Corporation) where he evaluated acreage in the UK, the Netherlands, Denmark, Ireland and Norway. In 1986, Mr. Sheehan transferred to Houston as a technical auditor, and was later seconded to the Global Basin Evaluation Team, focusing on Africa and Asia.

In 1987, Mr. Sheehan joined Tullow Oil plc. (“Tullow“) as part of the founding technical team. Tullow was successful in Senegal, a World Bank sponsored gas to power project. New acreage was secured in the UK, Pakistan, Syria and Yemen, with follow-on successful exploration and field development projects. From 1992 to 1998, Mr. Sheehan held the position of Chief Geophysicist at Tullow during which time the company enjoyed successes in South Asia culminating in the discovery and development of the 1 TCF-sized Bangora gas field in Bangladesh, operated by Tullow on behalf of Texaco and Chevron Corporation. His project team also deployed on the successful re-development of the offshore Espoir field in Cote d’Ivoire, West Africa, with partners Canadian Natural Resources Limited and Addax Petroleum Corporation. From 1998 to 2006, he held the post of International Exploration Manager with Tullow, which encompassed a business development responsibility. This was a time of rapid growth and expansion at Tullow with new assets acquired in West Africa, North Africa, Central and Eastern Europe and South Asia. In 2004, Mr. Sheehan led the technical due-diligence team of Tullow on the corporate acquisition of Energy Africa plc. The enlarged company rapidly expanded its footprint in Africa with notable oil exploration successes in Ghana and Uganda, both countries now seen as significant oil provinces. Mr. Sheehan headed the technical team and was instrumental in securing the Jubilee offshore lease that led to the most significant discovery in Tullow’s history; Ghana’s world-class Jubilee field discovered in 2007 with recoverable reserves estimated to be more than 370 million barrels, with an upside potential of 1.8 billion barrels.

Currently Mr. Sheehan is the Head of Exploration of New Horizon Oil & Gas Limited (“T5 Oil & Gas“), a private London-based oil and gas company co-founded by Mr. Sheehan in 2014. T5 Oil & Gas is a license partner in a portfolio of assets in Gabon, comprising offshore oil production and a suite of un-developed oil and gas fields, both offshore and onshore, now being advanced to development.

Mr. Sheehan holds a Bachelor of Science degree in Geology and a Master of Science in Applied Geophysics, both obtained from the National University of Ireland. He is a Fellow of the Geological Society (FGS, elected 2009) and is an active member of the American Association of Petroleum Geologists (AAPG, 1986) and the Society of Exploration Geophysicists (SEG, 1996).

Mr. Sheehan commented, “I greatly look forward to contributing to the NXT team. There has been significant under-investment in exploration globally over the last decade. I see great opportunities for NXT as their SFD® technology offers an effective and highly cost-efficient exploration tool, which can be deployed rapidly in an environmentally friendly manner.”

George Liszicasz, President and CEO of NXT Energy, noted, “Over the years I got to know Gerry as a highly skilled professional with great expertise and most importantly unquestionable integrity. Our Company will greatly benefit from his knowledge and experience.”

NXT Energy Solutions Inc. is a Calgary based technology company whose proprietary SFD® survey system utilizes quantum-scale sensors to detect gravity field perturbations in an airborne survey method which can be used both onshore and offshore to remotely identify traps and reservoirs with exploration potential. The SFD® survey system enables our clients to focus their exploration decisions concerning land commitments, data acquisition expenditures and prospect prioritization on areas with the greatest potential. SFD® is environmentally friendly and unaffected by ground security issues or difficult terrain and is the registered trademark of NXT Energy Solutions Inc. NXT Energy Solutions Inc. provides its clients with an effective and reliable method to reduce time, costs, and risks related to exploration.

Gear Energy Ltd. Announces Successful Completion of Annual Borrowing Base Redetermination and May Update to Shareholders