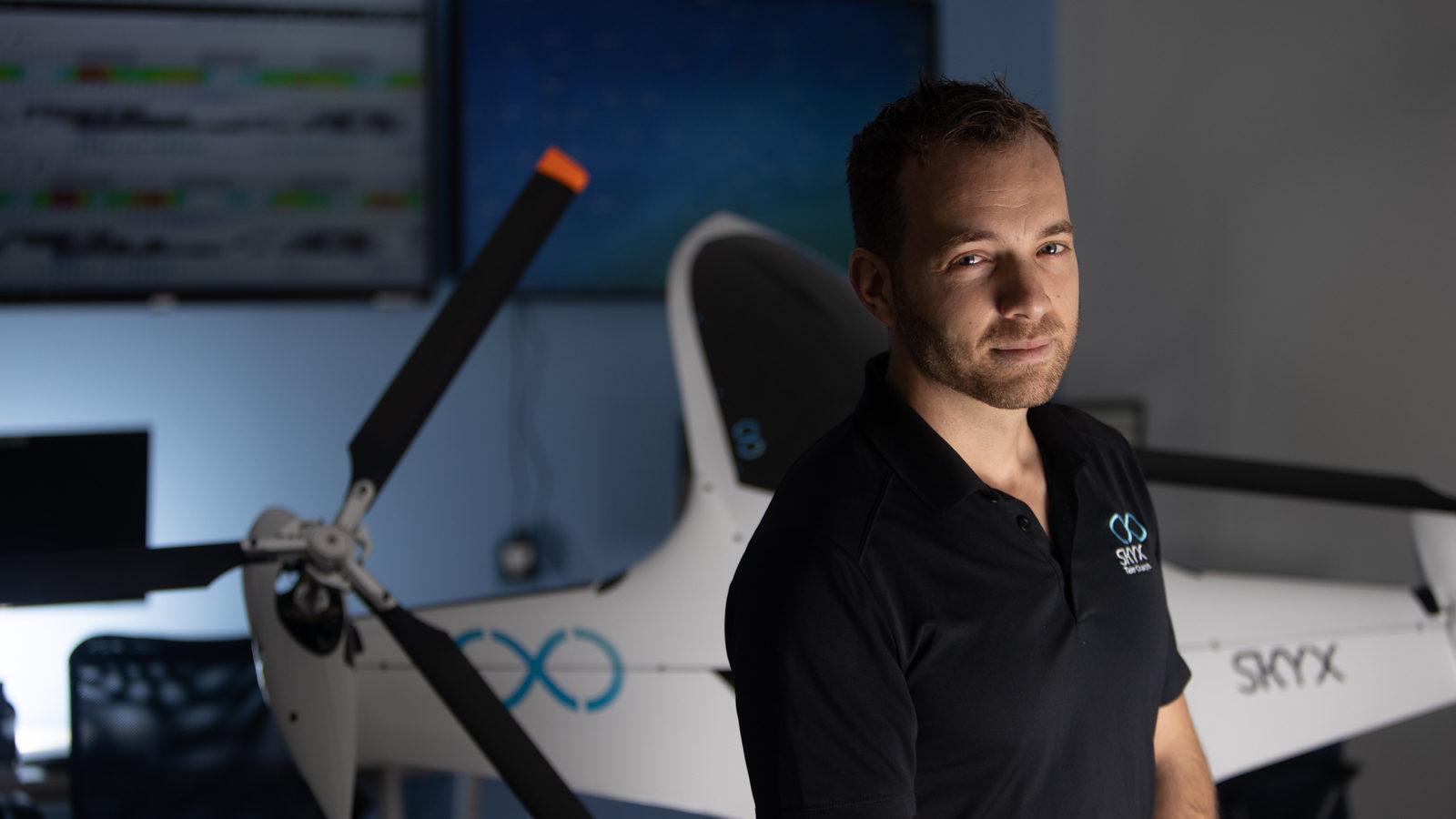 It’s fair to say Toronto’s Didi Horn has a sky high view of the future.

The former fighter pilot and drone operator has always had a keen eye for the horizon, which helped crystalize his vision for SkyX, a proprietary unmanned aircraft system purpose-built for monitoring over long distances, making it a natural fit for inspecting sprawling arrays of pipeline infrastructure.

The founder and CEO of the Toronto-based tech company couldn’t have known four years ago when he launched SkyX that it could become a critical cog for oil and gas companies emerging from the COVID-19 pandemic and looking for ways of minimizing risk to personnel while streamlining operations.

But it’s a challenge he says SkyX is ready for.

“I think SkyX is built, to be honest, for what we’re seeing right now and that’s the movement or transition of manned forces to unmanned systems,” Horn says.

“In January, 2019 we basically launched the product as a full solution to customers. It was fascinating to see that despite the fact we are considered small or tiny on the scale of oil and gas companies, we’ve been approached by the big whales. And six months into the year, we’ve already signed our first contract, seven figures, with our first costumer.”

In April, SkyX announced a partnership with TC Energy to monitor a pipeline and its right-of-way in the Greater Toronto Area, scanning for debris discarded along the line, nearby construction activity and excavation that could damage the infrastructure, a level of vigilance made even more critical by its proximity to densely populated communities.

The company’s first VTOL (vertical take-off and landing) aircraft, SkyOne, has a range of over 100 kilometres, but its ability to extend its monitoring missions is boosted by remote x-Stations, which recharge the aerial units while running diagnostics, allowing it to continue its mission over hundreds or even thousands of kilometres.

The COVID crisis has prompted oil and gas companies to examine all aspects of their operations, while doubling down on technological innovations that were already in the works.

TC Energy was one of the first industry giants to begin the technological transition, announcing in 2017 that it was working with Amazon Web Services to host its information infrastructure. Last month, the company said it would migrate 100 per cent of its data to the online cloud, positioning it to continue operations as normal during the COVID-19 crisis, with employees able to worth remotely while maintaining security.

Other industry leaders have also recognized the value of digital transition, with companies like Cenovus and Suncor also striking deals with tech giants like Amazon, Microsoft  and IBM to transition their information infrastructure to the cloud. Imperial Oil also recently entered into a two-year agreement with the Alberta Machine Intelligence Institute to develop capabilities for a range of artificial intelligence projects.

“Our early steps have been encouraging. We’ve recently begun work in a variety of areas using robotics, artificial intelligence, and remote sensing technology. In fact, last year, we invested $635 million in technology development and deployment, including digital transformation,” Suncor president and CEO Mark Little said at the company’s AGM in May.

“Our journey into the digital world will only accelerate.  As we step further into this space, we’re cognizant that it’s not just about shiny new technology. It’s really about our people, our culture and our leadership. And how we can get our organization to work together to fully leverage technology to improve our performance. Let me be clear. Technology and innovation are part of our DNA. I have no doubt that with the ingenuity, creativity, and energy of our people, we will continue to lead.”

Geoffrey Cann, a consultant and speaker specializing in digital transformation for the oil and gas industry says there is a challenge facing some companies that may not have the corporate will to make a seismic technological shift.

But the sweeping impact of the COVID-19 pandemic across all operations has the potential to serve as a catalyst to force energy companies to modernize, or possibly be left behind.

“What they need to do is step back and say ‘let’s reimagine this industry,’” Cann says.

“There seems to be a rising awareness that a business model that’s pushing people into close contact with one another is not optimal. COVID has also taught the industry that people don’t need to work in an office in downtown Calgary.

“The pandemic, in my view, absolutely showed executives that some of their long-standing views no longer hold.”

Cann says while the list of potential technological innovations that could improve oil and gas companies are myriad, some of the key areas for them to consider are robotics, automation, virtual team collaboration tools, virtual training, online shopping and procurement, and, of course, remote monitoring.

And it’s in that ecosystem of remote monitoring and digital transformation where SkyX’s Horn sees significant growth potential as more companies realize the benefit not only to their bottom lines, but to their operations as well.

Beyond just having eyes in the skies to replace humans who have to physically walk the line to detect any issues, SkyX software will be able to interpret and analyze the data it collects, reducing the need for an employee to dig through reems of aerial photographs in search of anomalies.

“We are taking this information and turning it into actionable pieces of data,” Horn says.

“Now the big asset of SkyX is after a while that we’re deployed, we’d be able to provide what we call predictive analytics, meaning not only can I tell you right now what’s going on with your pipeline, but after a couple of months I’ll be able to tell you ‘look, this section is more prone to problems, or this section is prone to have more leaks over the springtime.”

In 2018, SkyX unveiled its next generation UAV, SkyTwo, at the Farnborough International Airshow in the United Kingdom, which will be able to carry heavier payloads and fly up to 170 kilometres on a charge, before fully recharging in just 2.5 hours at an xStation. It’s expected to be market-ready later this year.