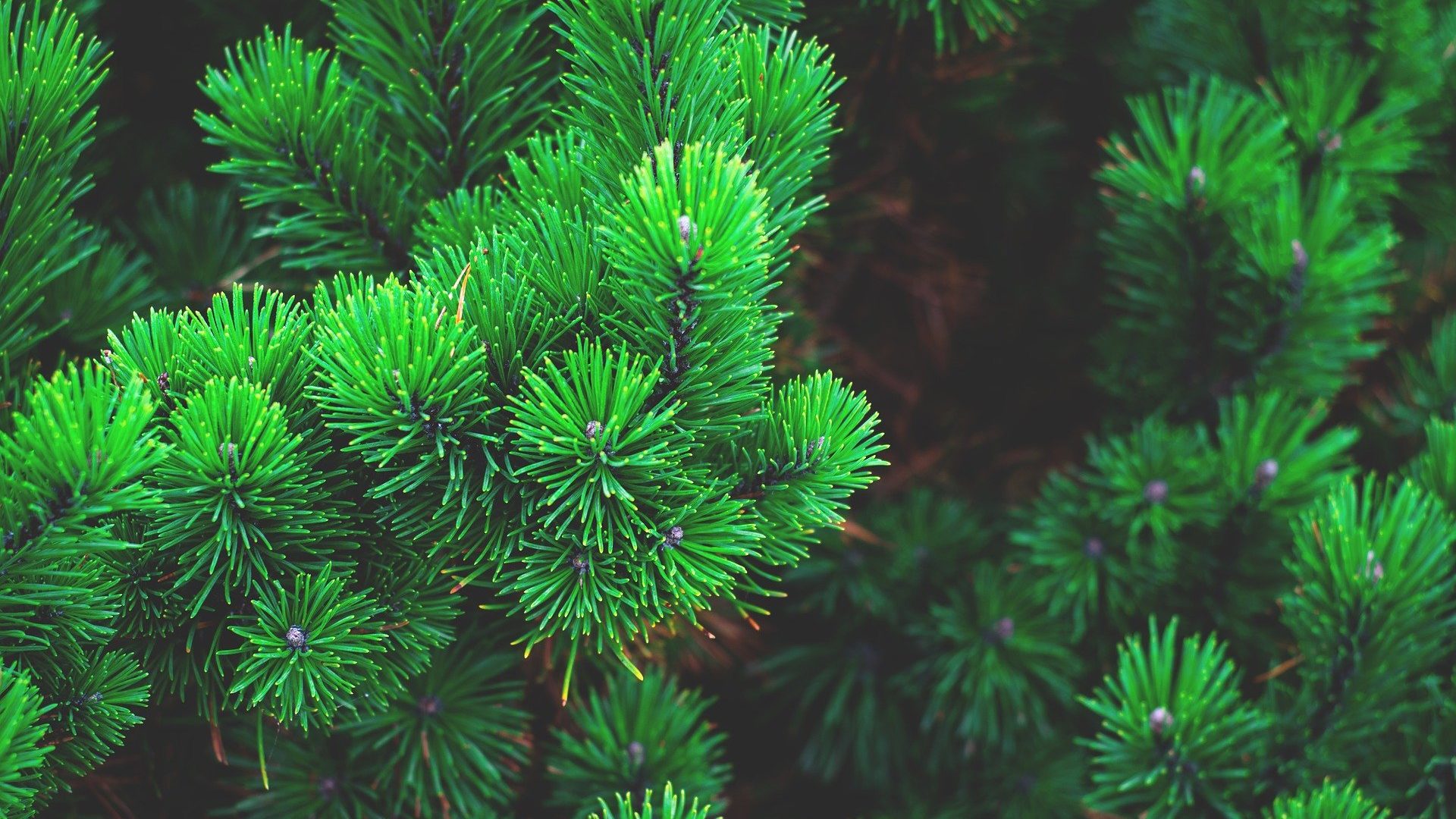 This Fact Sheet (which can be downloaded here as a pdf) details spending on environmental protection by the oil and gas sector, other industries, and provincial governments. The comparisons are made using the most recent data from Statistics Canada. For industry expenditures, data from 2006 to 2016 are available but only on a bi-annual basis. For provincial government spending, data are available from 2008 to 2018 on an annual basis.

Among other expenditures, environmental protection spending encompasses everything from reclamation and decommission of abandoned and orphan wells, to the installation of pollution prevention processes and technologies and also environmental audits and wildlife protection.

Figures 1 and 2 show partial estimate of industry spending based on Statistics Canada data, which is only reported for every second year. 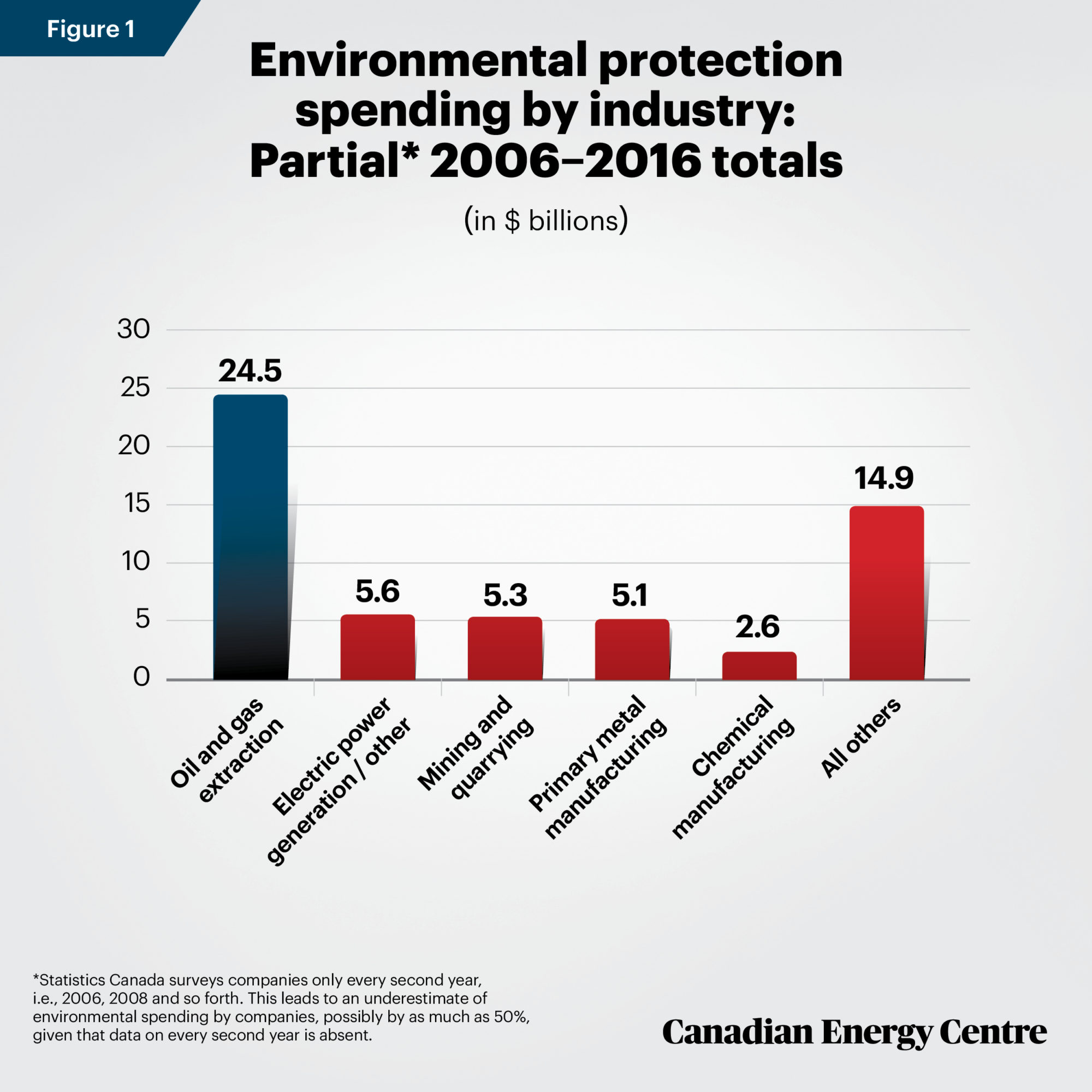 Breakdowns by capital and operating 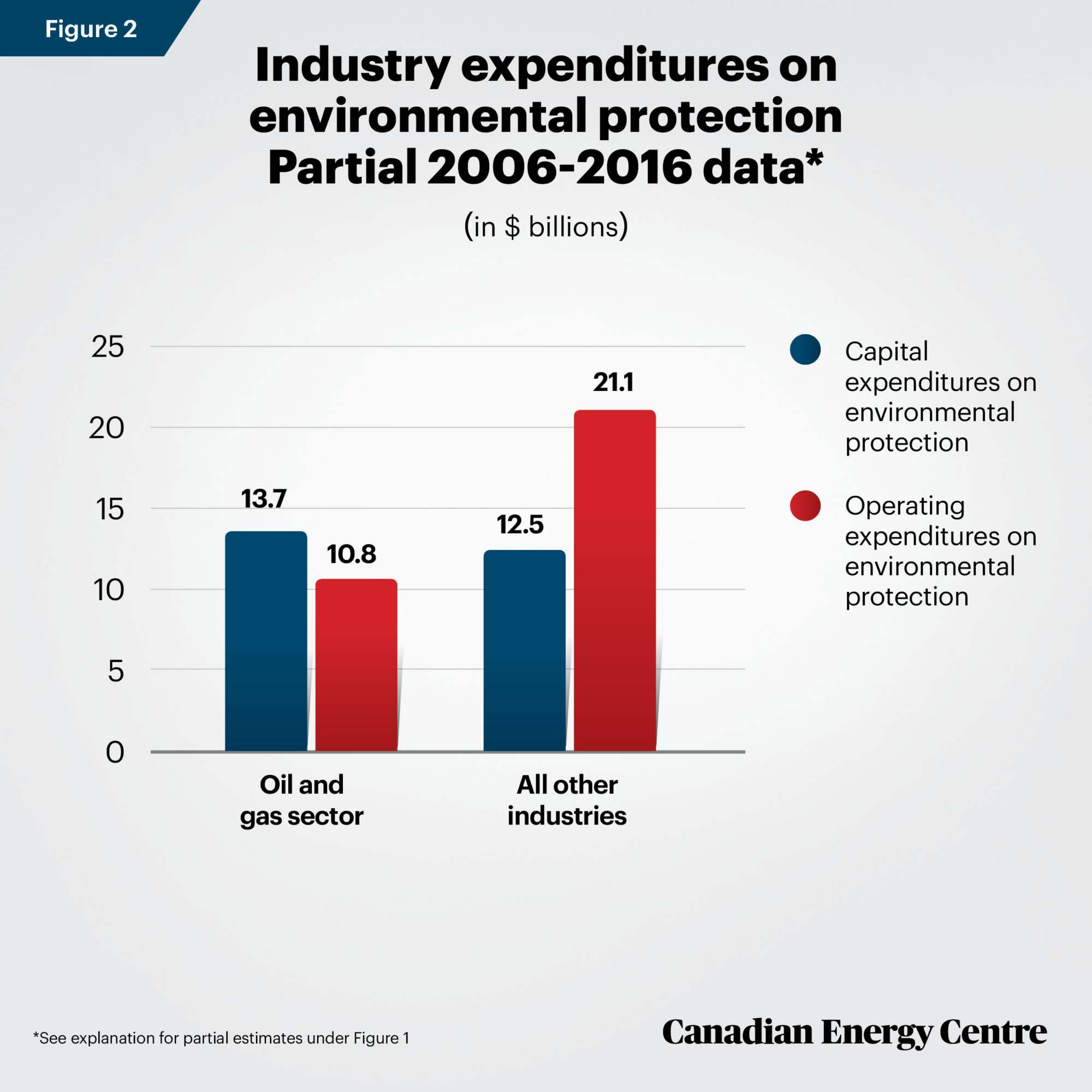 Gaps in data which lead to underestimates of environmental spending

Environmental protection spending is incurred by governments as well as industries. Table 1 shows total provincial government environment spending between 2008 and 2018 to be nearly $106 billion. (The federal government and the territories are excluded in this comparison.) As a proportion of all environmental spending, four provinces spent more relative to their share of population totals: 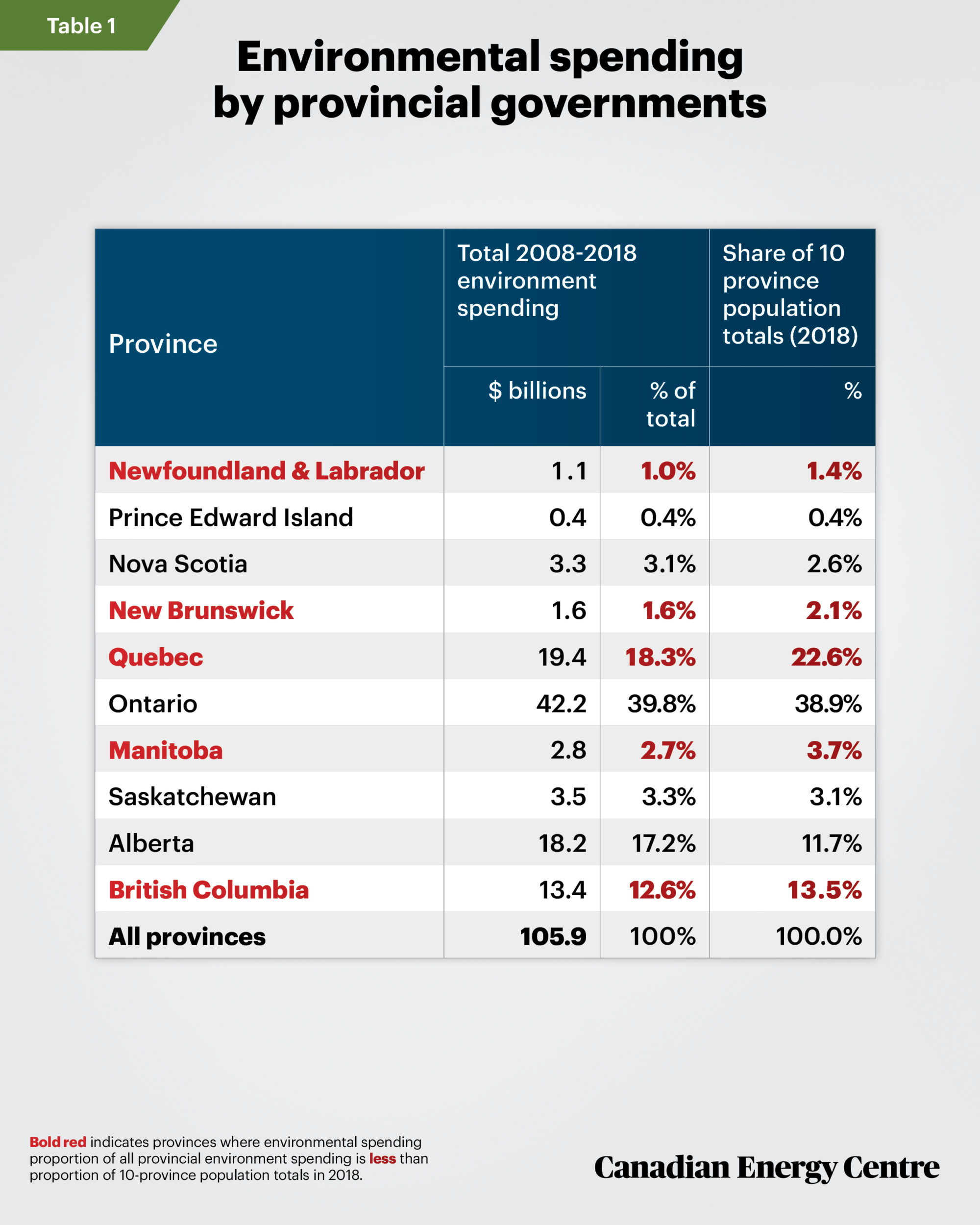 A per capita look at provincial spending on the environment

Table 2 illustrates all provincial spending on environmental protection between 2008 and 2018 inclusive. Of note: 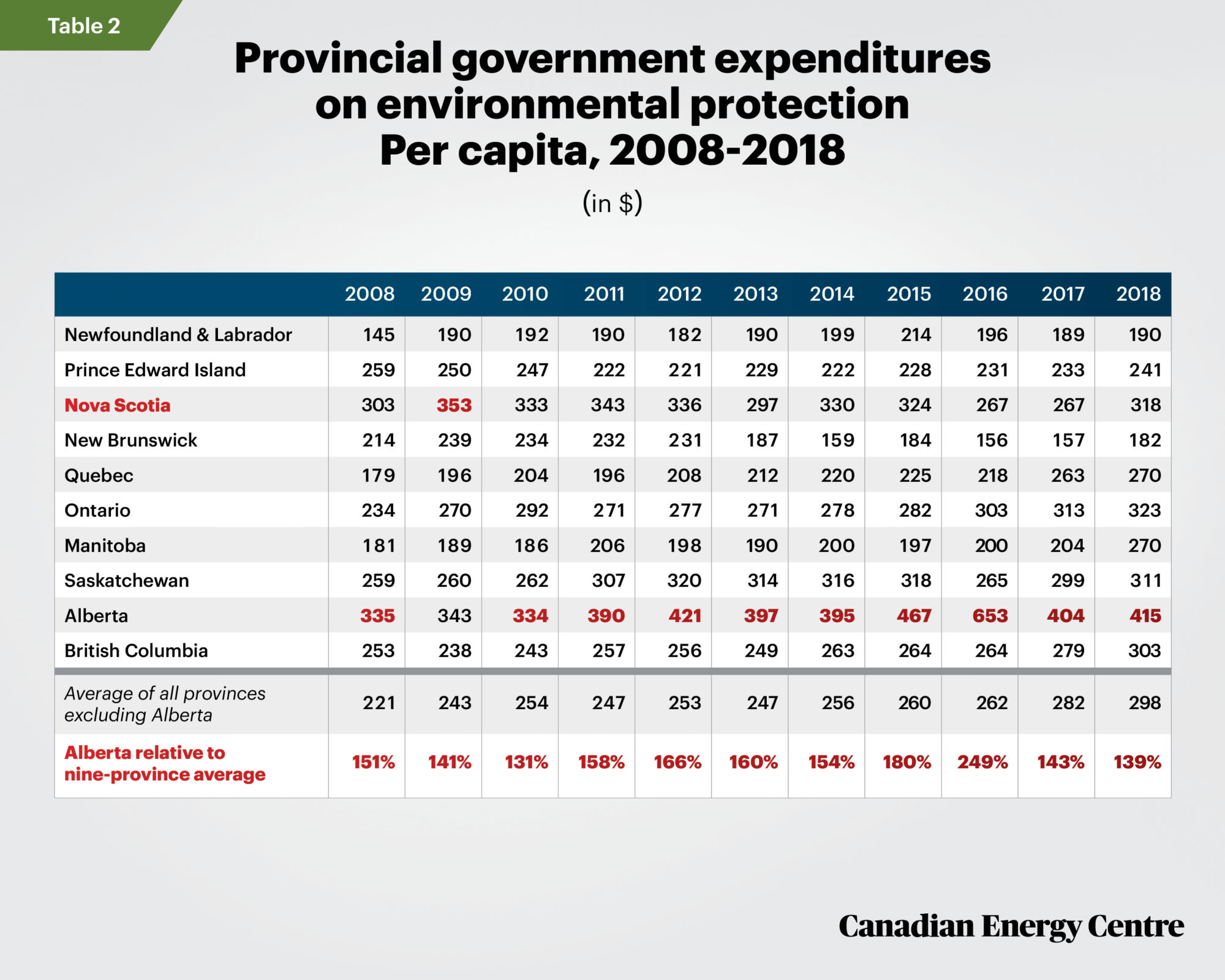 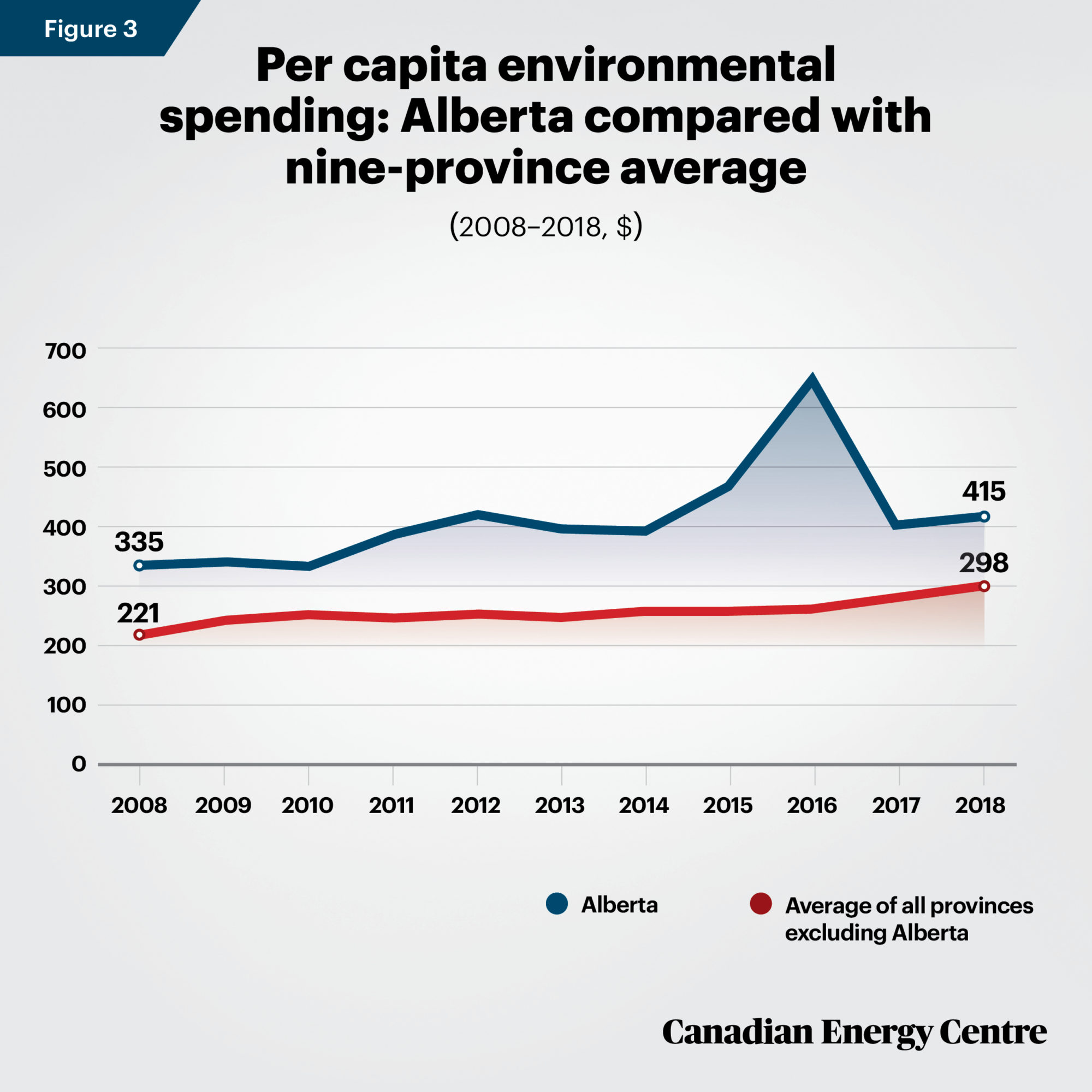 Takeaway One: Environment spending highest by oil and gas industry and by Alberta

When measured as a proportion of $58 billion in all industry spending on environmental protection between 2006 and 2016, not including “gap” years in Statistics Canada data, Canada’s oil and gas sector spent $24.5 billion, or 42 per cent. All other industries in Canada were responsible for $33.5 billion or 58 per cent of such spending.

When provincial government spending is examined, with data available from 2008 to 2018, Alberta spent significantly more than its share of Canada’s population ($18.2 billion or 17.2 per cent of all provincial spending with a population at 11.7 per cent of provincial totals). This is also true when per capita spending is examined: Alberta’s environmental protection spending was significantly higher than the average of the other nine provinces for the entire 2008-2018 period.

One last takeaway to consider: Criticism that the oil and gas industry and the provinces where its presence is substantial— Alberta, (northern) British Columbia, Saskatchewan, Newfoundland & Labrador—should spend substantial amounts on environmental protection given industry’s environmental impacts. It is not clear why that claim would apply mainly to energy as opposed to manufacturing or even agriculture, which also have substantial impacts, i.e., the erection of a factory on farmland or the clearing of a forest for cropland.

Such considerations aside, the province where the oil and gas sector is largest—Alberta—spent $18.2 billion on environmental protection between 2008 and 2018, while the partial tally for the oil and gas industry between 2006 and 2016 amounted to $24.5 billion. Expressed differently, environmental expenditures by the province of Alberta alone and the oil and gas sector amounted to nearly $43 billion, before including other provinces (Saskatchewan, Newfoundland and Labrador, and British Columbia) where oil and gas extraction also occurs. Nearly $43 billion is not an insubstantial amount and should be noted in any ongoing discussions over the adequacy of industry and government environmental spending in Canada.