Alberta’s oil and gas industry has been quick over the years to embrace new technologies to improve efficiencies and safety in its operations.

And one of the growing areas of innovation is the use of drones and other unmanned aerial vehicles.

Increasingly in the oilpatch, drones are being used in a variety of different ways, including remote monitoring, inspections, surveillance, diagnosis and specialized part delivery.

Canadian UAVs is a Calgary-based company focused on safety-first data acquisition for unmanned aerial vehicle applications. It provides a range of custom and innovative UAV solutions for industrial environments where advanced imaging is necessary for surveying on an iterative or fixed point basis.

Using advanced technology to monitor and acquire data about industrial assets, the company leverages the high-tech fliers to mitigate risk, both for personnel and for the bottom line.

“A lot of the niche stuff that we do, you’re not able to do with traditional helicopters and fixed wing. So inspections, and smaller short run upstream pipeline inspections,” says Sean Greenwood, president of Canadian UAVS.

“We also do a lot of kind of dull, dirty, dangerous work where we have a drone that flies into oil and gas processes and you can get real-time high definition video without risking human personnel.”

Pipelines age. Mining and agricultural operations are prone to trespassers and other unwelcome guests. Accidents happen.

In some regions, assets are also targets of attack. The passage in 2015 of federal Bill C-46, which mandates the monitoring of active and abandoned hazardous assets on an ongoing basis, makes having such tools even more critical.

Greenwood said the applications for UAVS not only keep people safer, but help reduce costs.

“So, for example, a very large coking unit which has had an issue, we can take imagery both visual and infrared with a caged drone that can bounce off the walls. The alternative to that is a million dollars worth of scaffold and a lot of HSE (health, safety and environment) risk and insurance risk.”

The company was founded in February 2015 and has 19 employees today. Greenwood used to work as the Global News helicopter pilot in Calgary and Vancouver. 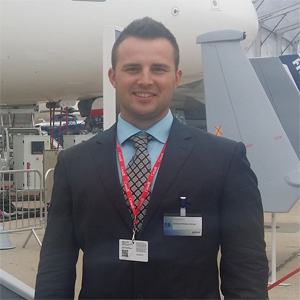 Its fleet of UAVs are only operated by professionally licenced pilots with thousands of combined flight hours.

In 2014, Transport Canada, the regulator, changed the rules and effectively enabled recurrent commercial applications for UAV use.

“I started the company to take a traditional manned aviation background and apply it to drones as a cost reducer,” he says.

“That kind of sparked off basically the last five years. We’re doing a lot of oil and gas operations and in the last two years we started getting more and more into defence training initially and now into operations.”

The company spent its initial four years getting agreements with the largest upstream and mid stream oil and gas companies.

Last year, Canadian UAVS was the first to get a Beyond Visual Line of Sight permit in Canadian history outside of the test ranges. That step was done in cooperation with many oil and gas companies.

After that project finished, it was chosen for a program that flies with the Royal Canadian Navy very large drones – around 250 kilograms – which can fly for up to seven hours over large distances with the capability of flying large payloads to and from frigates.

“Our intent is to really be the first true unmanned airline company,” Greenwood says.

Ultimately, he sees future growth on the data side, building “future-looking predictive metrics” for pipeline inspections and other oil and gas applications.

How does the new TIER regulation impact your oil and gas facility?