A primer on the Coastal GasLink pipeline

‘We’re still in it’: Wet’suwet’en push forward on rights recognition

Recently, one of our subscribers wrote to us because he had concerns about solar power arising from a documentary he had just finished watching. As luck would have it, our most recent newsletter must have hit his inbox just after he finished the film. This fortune gives us the opportunity to help correct certain persistent myths before they reroot once more.

Given the timing, the likelihood seems pretty strong that the documentary he watched was Planet of the Humans. It is certainly the most current exemplar in a list of popular culture defamation assaults against renewable energy, which perpetuate old myths that should long since have been laid to rest by the preponderance of scientific findings.

The essence of the criticism that our correspondent took from the documentary was an old canard indeed: that the material and manufacturing inputs into solar PV equipment and installation outweigh the production from the installations themselves, either in energy or greenhouse gas (GHG) emissions terms.

This has been repeatedly and conclusively demonstrated to be false. Unfortunately, it’s a conclusion that is easily disseminated because the concepts of life-cycle analysis and energy payback are somewhat complex and require expert analysis. Moreover, the documentary marshals certain qualitative evidence that seems to support the conclusion. Some of this evidence is accurate and relevant — but it is not quantitatively conclusive to the question at hand.

For instance, the documentary and our correspondent avers that the production of materials essential for solar module manufacturing requires mining, processing and transportation, some of which uses fossil fuels. This is true and it is also relevant to the life-cycle assessment of solar PV. Indeed, that is why life-cycle assessments take these upstream processes into account. Ditto for the fact that solar PV efficiency tends to degrade over the time period that it is in operation.

No energy source is perfect. Cherrypicking anecdotes about the downsides of any one energy source can make for engaging entertainment, but it leads us nowhere useful in comparing energy source options, given the multifactorial analysis necessary to undertake this analysis.

That’s where energy payback analysis and life-cycle assessment comes in. On that score, the verdict is in, and it’s clear. While applications of solar PV can vary widely, the energy-payback time of solar PV typically ranges from a matter of months to two or three years. In other words, it takes only a fraction of the expected operational lifespan of a typical solar PV installation to recover the energy inputs in their manufacturing, distribution and transportation. 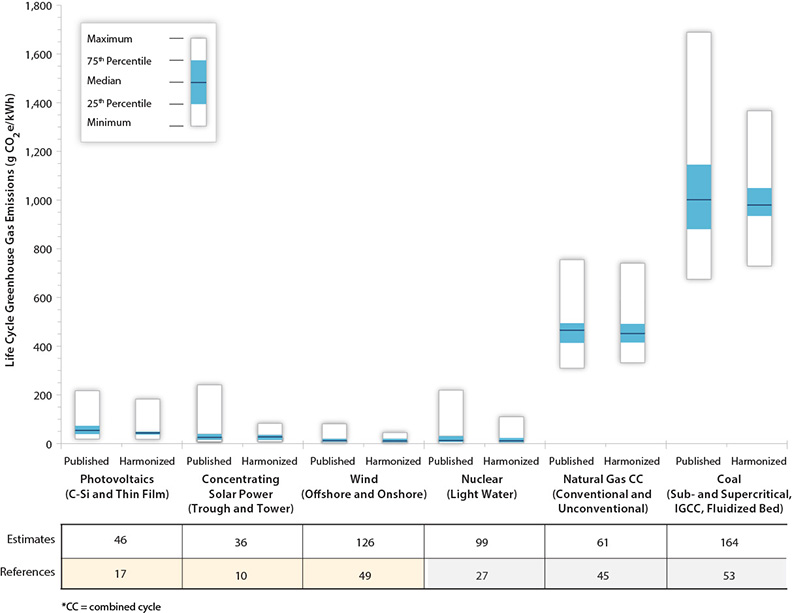 The scorecard on GHGs is equally stark. The life-cycle GHG emissions associated with solar PV on a per-kWh of production basis are typically less than a tenth of the highest-efficiency gas power plants and one-twentieth that of coal. In other words, if you’re displacing fossil-powered generation, producing electricity from solar power (or wind, biomass, run-of-river hydro or geothermal, for that matter), you are reducing emissions dramatically.