Joe Dion’s ancestors have always advocated for Indigenous rights and prosperity. So when he talks about greater ownership and opportunities for people in his community, it’s clear he’s driven by something deeper.

Dion is Chairman and CEO of Frog Lake Energy Resources Corp., a company that extracts oil on a reserve 200 kilometres east of Edmonton.

He’s also part of the Western Indigenous Pipeline Group, one of three Indigenous conglomerates hoping to buy a stake in the Trans Mountain pipeline.

He’s been influenced by a long line of leaders in his family. His father was a chief and his great grandfather was Big Bear, a Cree chief best known for his refusal to sign Treaty 6 and for his band’s role at the time of the 1885 North-West Rebellion.

His mother also made an impression with her strong sense of conviction.

“My mother was a housewife, a very holy lady who taught me all the lessons about living right,” he said recently from Vancouver.

Before Dion started working in the energy business 20 years ago, he was a cattle rancher and politician. As a member of the Kehewin Cree Nation and former Grand Chief for Alberta, he was one of six chiefs who went to London in 1976 on the 100th anniversary of Treaty 6 and 7 to petition the Queen to protect Indigenous rights under a repatriated Canadian Constitution.

Today, he spends time promoting ownership and greater prosperity by making use of natural resources on Indigenous land. He travels between his home on the Tsawwassen First Nation reserve in Vancouver, his office in Calgary, and his ranch northeast of Edmonton near Frog Lake, where he raises buffalo.

At 71, he is showing no interest in retirement.

The Frog Lake company Dion leads is a local success story, going from producing about 24 barrels of heavy crude a day at its inception two decades ago to almost 10,000 barrels a day at its peak.

But things have changed. Because of the slump in the oil market, things have been challenging for Frog Lake, similar to the rest of Alberta. People have lost jobs since the boom days. 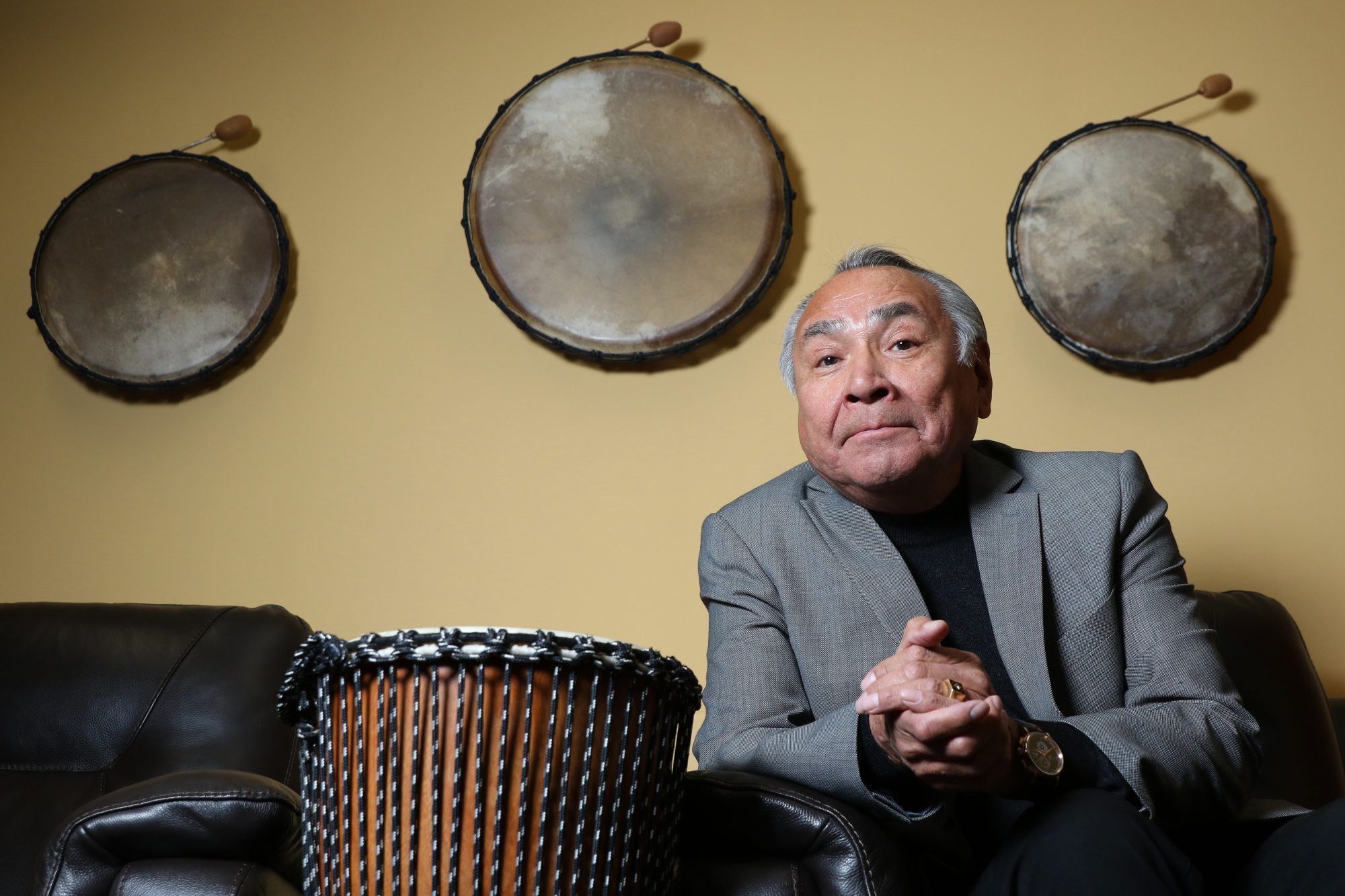 Despite that, Dion is committed to getting people back to work, and he says diversification is important not only because of climate change, but also for employment for the 3,000 members of Frog Lake.

“We have been seeking other projects to diversify our company in wind and solar,” he says. “We have a project close to Frog Lake [where] we’re talking to a major renewable company out of Toronto.”

And he says he will continue to extract oil because there are still a couple of billion barrels in the ground at Frog Lake. It’s not all recoverable, but the company has been tapping five per cent of it.

“We think oil’s going to be here for a while. It’s not going anywhere. We’re not going to shift into solar-driven cars or wind-powered cars, or, even with the Tesla technology, it’ll take a while for all that to come together.”

In the meantime, Dion wants to get Canadian energy to markets more efficiently and safely. That includes to China and India where there is growing demand.

Pipelines are a high-margin business so he and others are seeking Indigenous ownership in Trans Mountain, which the federal government bought from Kinder Morgan a year and a half ago for $4.5 billion. Work on the pipeline started up again in December 2019.

Of the 55 First Nations Dion has talked to along the TMX line, only three are opposed, he says.

“We know if we get this pipeline built eventually and Keystone gets done and the Enbridge Line 3 going to Wisconsin gets done as well, we’ll have all kinds of markets.”

He says it’s about prosperity for the West and First Nations, but also for the rest of the country.

“We’ve done well as a country and as the fourth-largest producer of energy around the world. We can still be an energy powerhouse.”

Dion has been championing a more meaningful role for Indigenous people in natural resource development for years. In 2015, he presented Prime Minister Justin Trudeau with his First Nations National Energy Strategy, which calls for ownership as part of consent for development on Indigenous land.

He says there are great benefits for the younger generation. His son-in-law, for example, runs a service rig company at Coal Lake, Alta.  Frog Lake owns a part of that company, which provides services to Imperial Oil and other clients. The firm has 150 employees and 90 per cent are First Nations and Metis.

“He is very proud to have a full-time job. The company is over 35 years old. It’s a success story that Frog Lake is part of.”

As many First Nations across the country struggle with poverty and suicide, Dion says he is proud of what Frog Lake has accomplished in terms of supporting the community.

APTN has reported that money from oil production funded the Frog Lake First Nation recreation centre, with basketball and volleyball courts, a weight room and recording studio. It also paid for a 1,000-seat arena for the local Frog Lake T-Birds hockey team.

“Frog Lake has generated over half a billion dollars in revenue from our oil production over the past 19 years,” Dion says. “That’s money for houses, for roads, offices, gymnasiums, a hockey arena. It benefits the community big time.”

He says he’d like to see more pipelines in place, before he’ll think about retirement. When he does step aside from the energy business, he’ll spend more time with his own family. He has three adult children and a fourth grandchild on the way. He might find time again for biking, swimming and a bit of skiing and golf.

Raising buffalo will be his retirement project.

In the meantime, he’ll keep advocating for his community just like the generations before him.

And, he says, the environment will be a priority.

“We are the natural stewards of the environment. We were here before anyone else came. We want to keep the country pristine and this is what we will do in the best way we know how.”