KPMG: Resilience in Energy – Collective action to weather the storm. 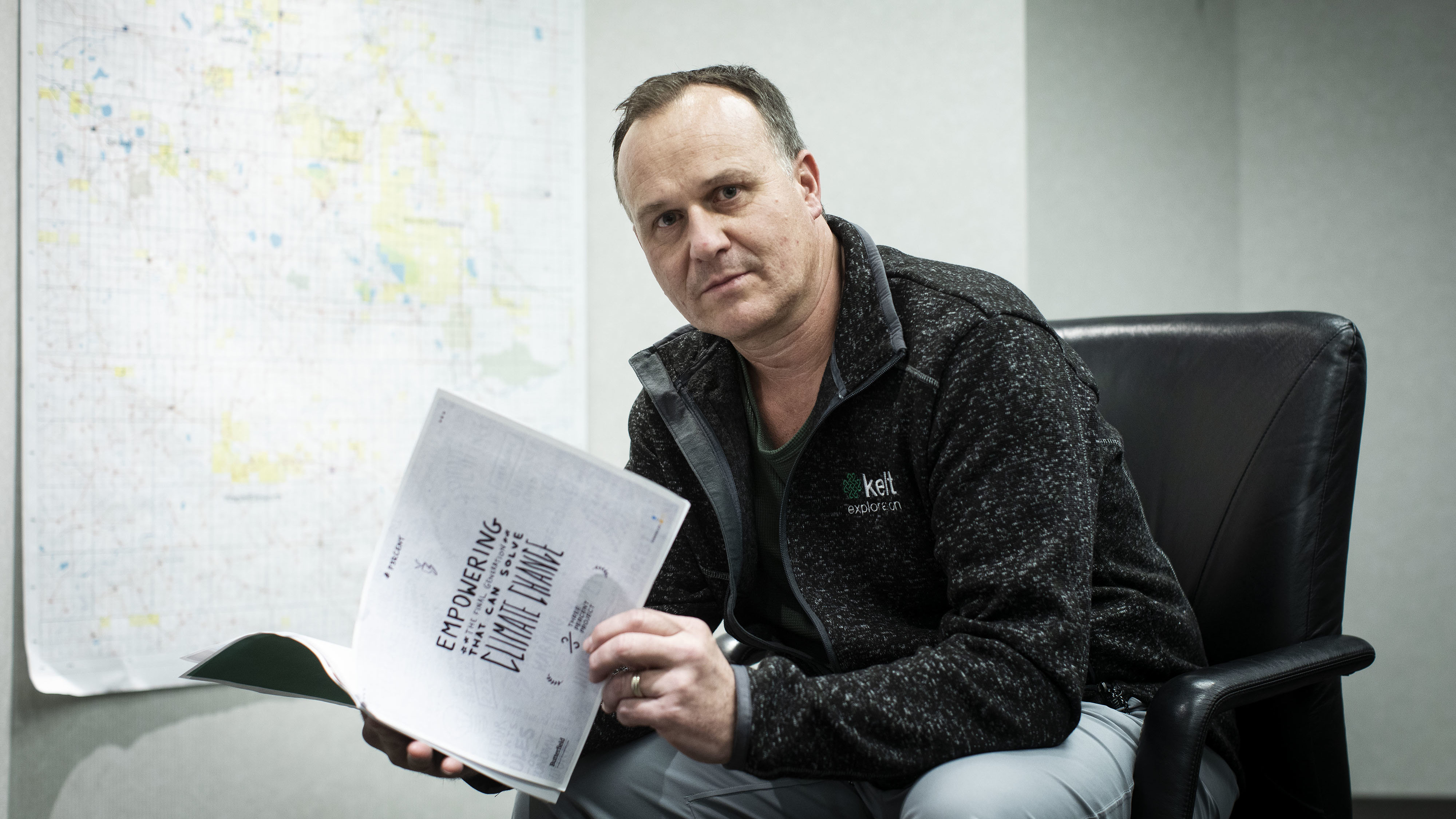 David Durda at his office with the Three Percent Project handout that was given to his son in school in Airdrie, Alberta, December 5, 2019.

David Durda is normally happy to have his 15-year-old son exposed to as many points of view as possible.

But the Airdrie, Alberta dad was deeply troubled when he learned an environmentally-focused non-profit, the 3% Project, was given the green light by school administrators to deliver what he believes is a misleading presentation to some 400 students at his son’s high school in October.

Some of the educational materials provided as part of the presentation contain what he considered to be misleading or incomplete information, and appear to directly target the fossil fuel industry and Alberta’s oil sands.

In just under two years, the 3% Project, the flagship campaign of the Toronto-based Foundation for Environmental Stewardship, has made presentations in 355 schools in more than 250 communities – from Mangilaluk School in Tuktoyaktuk, NWT, to Holy Heart of Mary High School in St. John’s, Nfld. – delivering the message that students represent “the final generation” who can solve a potentially “apocalyptic future.”

By next year, the project, according to its website, aims to make presentations in 600 high schools and ask 1 million Canadian youth (representing three per cent of Canada’s population) to sign the following pledge:  “I am more certain that climate change is happening right now, that it is mainly caused by human activities, and that we’re the final generation who can solve it.”

In its stated goals, the group says it also aims to “identify and heavily invest in three youth climate leaders,” cultivate a further 20 “youth advocates” to spread its message, and plans to have 200 youth identified by name in local media outlets sharing the group’s message.

After hearing that his son was required to go to what he called a mandatory presentation at his school, Durda, who works for a Calgary oil and gas firm, began digging into the group, founded by a 25-year-old climate activist who, according to the group, attended climate leadership training led by former U.S. vice-president Al Gore.

“They have pretty ambitious plans and I believe the school was misled about what the presentation was about,” Durda said.

“In my mind, they just presented one view.”

Much of the information in the campaign is straight-forward.

But some of the educational materials being provided to children as young as Grade 6 contain questionable information.

A review of the 43-page 3% Project handbook, available through the group’s website, finds several questionable statements and data points:

A 3% Project spokesperson, through its website messenger system, declined to make anyone available to comment on any of the concerns raised prior to the publication deadline.

In a statement, the Calgary Catholic School Division said individual school principals are encouraged to invite external groups, and are given guidelines to aid in making those decisions.

“The Calgary Catholic School District recognizes the value of external agencies and organizations to provide information to enhance the curriculum and benefit student learning,” it read.

“Principals are encouraged to invite various external organizations to present information that strengthens the curriculum. Principals are given guidelines to assist their decision-making regarding the circulation of any balanced, approved materials or information at the school level.”

However, correspondence from the school’s principal to Durda included an apology for how the presentation came to be, suggesting it wasn’t thoroughly vetted beforehand.

“I did … apologize and agreed with you that we learned from this, that we need to vet the presentation more thoroughly, but also shared the 3% presentation wasn’t one we would bring back because it didn’t hit home with the kids,” read an email, in part, sent to Durda following the presentation.

Durda said he had recommended a separate presentation from Modern Resources CEO Chris Slubicki, who has emerged as a measured voice from industry touting the innovations and benefits of Canadian energy, which could educate students on the positive improvements that continue to be made, including a 30 per cent reduction in greenhouse gas emission intensity of oilsands crude since 1990, and producing increasingly cleaner burning natural gas.

However, he was told such a presentation should be initiated by his son and like-minded peers, and would only be in front of a much smaller assembly of students who showed an interest in attending, which Durda feared would put his son in an unfair position.

According to documents from Revenue Canada, as a registered charity, the Foundation for Environmental Stewardship received some $545,000 from other registered charities in 2018. Among their sponsors are the Butterfield Family Foundation, Lush Cosmetics, the City of Vancouver and Service Canada.

In the group’s handbook, its authors suggest children are not being given all the facts about climate change and the fossil fuels industry. And it aims to mobilize kids as a conduit to influence their elders.

“Children engaging their own parents and grandparents most effectively cultivates behavioural change. Parents start taking action on climate out of love for their children, not of principle,” the handbook reads.

“And they can’t be lied to. Public education must engage youth with the facts before they are thoroughly confused with climate disinformation.”

For Durda, the fact the group was able to get into his son’s school has left him concerned about how many other Canadian students will be influenced by the 3% Project’s message.

“They only presented one view and I thought that view was pretty misleading.”