Repsol SA is looking as far away as Western Canada for oil for its European refineries amid dwindling supplies from Mexico and Venezuela.

The Spanish oil company is considering using rail to transport as much as half-a-million barrels of heavy crude a month 1,911 miles (3,075 kilometres) from Alberta to Montreal before loading it onto tankers bound for Europe, according to people familiar with the situation. The company has also considered shipping the crude to New Jersey for shipment to Europe.

The European company has typically sourced heavy crude supplies from Latin America, particularly Mexico and Venezuela. But U.S. sanctions, as well as civil strife, have crippled Venezuela’s oil production, which has fallen to less than 700,000 barrels a day from more than 2 million four years ago. Mexico’s oil production has fallen for 14 straight years to 1.83 million barrels a day in 2018. That’s left Repsol looking for alternatives.

Repsol’s European refineries hold about 25 per cent of the continent’s coking capacity, according to the company. Coking units allow refineries to process heavier crude, which is typically cheaper than lighter oil, into high-value fuels such as gasoline and diesel.

Alberta’s landlocked status means it ships nearly all of its crude oil to the U.S. by pipeline or rail. The Trans Mountain pipeline to the Pacific Coast allows a tiny fraction to be shipped to Asia. The long distance to market has kept Canadian heavy crude selling for less than West Texas Intermediate futures. The discount was more than US$20 a barrel on Monday. 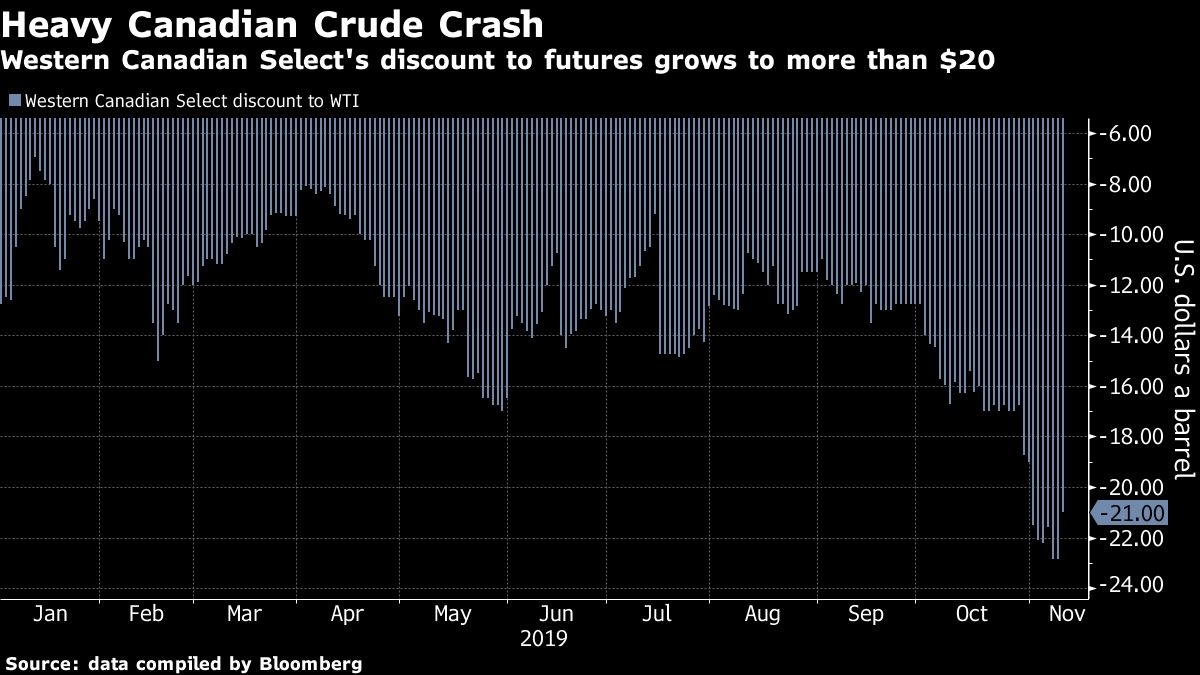 Shipments of oil sands crude to Europe are rare. Repsol occasionally gets heavy Canadian crude via U.S. Gulf ports, where Canadian oil competes with U.S. crude for sea berths and space on pipelines.

About 400,000 barrels of Alberta crude were sent to the U.K. last year, the first significant shipment to Europe since 2014, when a tanker of Alberta crude left a terminal near Montreal for shipment to Italy, according to the Canadian International Merchandise Trade database.

–With assistance from Rodrigo Orihuela.