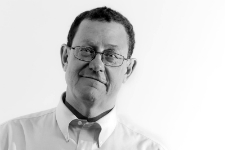 Many are saying with great certainty the current oilpatch downturn is the worst ever. I’m sure for many it is. Just depends how old you are. If you’re so young you weren’t working in this business in the latter half of the 1980s then this is true. But it just means you’re younger than I am. I remember the latter half of the 1980s after oil prices collapsed as being terrible. Just like now. Maybe worse.

In the summer of 1986 WTI was trading below US$11 a barrel which, according to the website InflationData.com was the 2016 equivalent of about US$25 a barrel. According to a chart dating back 70 years to 1946 this is pretty to the close to the lowest 2016 equivalent price of US$20 a barrel. The closest we’ve been since early this century was US$26.19 on February 11 of this year.

Of course people will say in 1986 costs were much lower so comparisons aren’t fair. But not taxes, royalties or interest rates. Huge quantities of natural gas was shut-in due to federally legislated export constraints. The hated federal Petroleum and Gas Revenue Tax, brought in by the current Prime Minister’s father so the feds could share in the windfall profits of high oil prices through the National Energy Program in 1980, was still in place. And so were Alberta’s massively increased royalty rates of up to 40% on wells drilled prior to 1974 and 35% thereafter. These were nearly tripled in the previous 13 years by Alberta PC legend Peter Lougheed. The prime lending rate offered by the Canadian Imperial Bank of Commerce in July 1986 was 9.75%, down 0.5% from a year earlier and 12% lower than a staggering 21.75% five years earlier. If companies are having trouble with debt today imagine if it was 1986! Or 1981!

The perception among the starving in the drilling and service sector was the federal and provincial governments were asleep at the switch. Like today, activity was moribund, thousands were unemployed and biggest news story in July was dead horses at the Stampede chuck wagon races. Some things never change.

I was the editor of an oilfield trade magazine and one-day Frank Bennett, owner of Canadian Perforators Ltd., called and said, “Dave we’re going to roll a bunch of service equipment up to the legislature and park it there and you’re going be our spokesman”. Frank was one of our handful of remaining advertisers so I was in no position to say no.

Further, Ian Smyth, then President and CEO of the Canadian Petroleum Association (predecessor of CAPP) had told me the only way to get the attention of the politicians was a publicity stunt. Like a convoy of oilpatch trucks rolling down highway 2. French farmers did it all the time. It works. Politicians react to people in large groups because they see votes. I shared this with Frank and it was game on.

We picked a date, August 7, 1986, and by that time many independent Canadian service operators were involved, too many to mention here. We planned a speech at city hall in Calgary then a broader demonstration at the legislature. At age 32 I had little public speaking experience and no history of organizing mass demonstrations. But hey – as Bob Dylan sang twenty years earlier, “When you’ve got nothing, you’ve got nothing to lose”.

Several hundred people showed up at city hall in Calgary and many more – plus a flotilla of oilfield equipment – at the legislature in Edmonton. As I read the speech on the steps of the “leg” I was terrified with TV cameras and microphones placed what seemed like inches from my mouth. But I spit it out. The media gave it great coverage because never in the history of the Canadian oilpatch had their ever been a public demonstration against government policy by the people who work in it. There was very little understanding of how the patch worked back then. The media figured if you worked in oil you were rich. Nothing could be further from the truth.

The response by the various governments was positive. The federal government under PC Prime Minister Brian Mulroney got rid of the PGRT that fall and Alberta brought in drilling incentives in the form of royalty credits later that year to get some rigs back to work.

When my mother died earlier this year I was sorting through her papers and found a copy of my speech I had sent my parents. In re-reading it I was struck at how much the summers of 1986 and 2016 have in common. Spending flat, rigs racked and tens of thousands out of work. The Saudis won’t support oil prices and Edmonton and Ottawa are radio silent. Their main preoccupations are raising corporate and personal taxes, repairing pipeline hearings, taxing carbon and borrowing money.

The only glimmer of hope from the NDP is unemployed oil workers may get to someday work at a wind or solar farm if the electricity market isn’t destroyed completely and somebody will actually invest in Alberta to build renewable power sources.

There has been lots of talk about public demonstrations to get people’s attention about how awful things are but nothing concrete. Find attached the speech that explains the landscape in 1986, one which actually got the attention of the politicians.