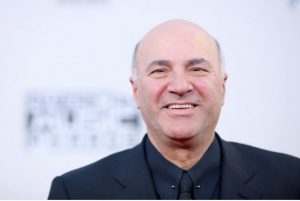 Are you tired of the pipeline wars?

Canada is in the second decade of a very expensive, divisive and emotional debate that no one seems able to resolve.

Should Canadians build pipelines to the East and West coasts to deliver Alberta’s oil to national and world markets? Yes or no?

The issue has become so heated that even municipal politicians use it to get their names in the press, take the mayor of Montreal’s recent foray into pipeline politics. I am willing to bet what he doesn’t know about pipleline economics would be encyclopedic in scale, yet he feels compelled to tell millions west of him that pipelines would be catastrophic.

The majority of Canadian oils is landlocked in the middle of the country and sells at a perpetual discount to world prices of between 20 to 25 per cent. This is because if you buy a barrel of oil from a well in Alberta you still have to transport it to the market and that costs money. You can pay a trucker; you can rent a rail car or you can carry it in a pail.

Many Canadians don’t realize that many billions of dollars of taxes and royalties that could be used to subsidize health care and education are lost to this simple economic fact. It is a huge disadvantage.

That is why the pipeline debate is relevant. Whether you agree or disagree about the production of oil, the global demand for it is not going away anytime soon. Even eco-alarmist David Suzuki gets on a jet plane when he needs to deliver a paid speech on the evils of oil and pipelines, because so far wind and solar technology can’t fly a commercial aircraft thousands miles economically.

Why would the majority of Canadians who still use oil oppose a domestic pipeline that eliminates their dependency on foreign supply? After all, what we don’t produce ourselves we have to buy from others. It’s insane that Quebec refineries import more than 80 per cent of their crude. Even worse, Atlantic Canada imports more than 70 per cent of theirs from as far away as Saudi Arabia.

Imagine a Saudi Tanker running aground off the eastern seaboard and destroying prime lobster and oyster beds. No more lobster tail salad for David Suzuki on his return flight to Vancouver!

Remember the Amoco Cadiz? All because we can’t get a decision on pipelines which would be a safer and more strategic method for delivery to the East Coast than rail or foreign tanker.

I have come to the conclusion that this decision is too important to leave in the hands of short-sighted federal, provincial and municipal politicians. Nor do I want to leave it to the oil industry or other lobbyist or environmental groups to decide.

I want the ultimate decision to be made by the people of Canada, all the people, every single one.

Do you want to build pipelines? Yes or no

We will execute this through a national referendum, the Canadian Oil Pipeline Referendum (COPR).

There is a very successful precedent for this strategy that has been used in Switzerland for decades. My stepfather is Swiss; I have watched him vote in referendums for years. They work.

When an issue of national importance surfaces in Switzerland that will every citizen and taxpayer, they take it to the people in a national referendum.

In Switzerland when a referendum is triggered, every activist and political party makes their preferences known. Then the people vote. All of the people. If the vote renders a majority decision, it is over. The Swiss politicians take the mandate and get the work done. It works because the people respect the vote and they move on.

We need that kind of sensibility in Canada. Anyone watching the National Energy Board hearings knows this has turned into a circus and Canadians’ work is not getting done. I have been using this case in my business classes to show what happens when you have a void in leadership during a process. It’s a powerful example.

Pipelines also have an influence on how competitive we are globally. The reason Chinese investment has come to a halt in Canada is because they have stopped investing in Canadian energy. They made their multi-billion dollar investment in Canadian energy under the assumption that we would eventually build the pipeline infrastructure to bring their and our oil to port.

We never delivered on that; instead they watch from afar as our politicians get nothing done and they have stopped focusing on Canada as a potential partner.

This topic should have been at the top of Justin Trudeau’s list when he visited China recently. Instead he ended up on a bad episode of “Dragon’s Den.” $1.2 billion across 56 venture capital deals is nothing but a kiss-off from the world’s fastest economy who spend their big bucks securing their future energy needs.

I can’t believe we are not their number one partner on this mandate. Instead, China will work with other countries who can build timely infrastructure and all the jobs and economic activity that go with it.

I’m very surprised Trudeau let this opportunity slip through his fingers. It will prove in time to be one of his biggest mistakes. The fact that Canada’s GDP growth has ground to a halt and there is no wage inflation or job growth will put his leadership mandate into play in a 2019 election. Something I’m keeping my eye on.

He should quit the “selfies” and start worrying about Canadian jobs and the economy. Pipelines could have been part of the solution.

This referendum will have no legal teeth, but neither did the U.K. Brexit vote. However, the political power of this decision will end the dysfunctional chaos, as it did in the United Kingdom, and our politicians can get on with the people’s business either way.

After all what is more powerful than the majority will of the people? Nothing frustrates Canadian taxpayers more than watching their politicians, or rather, their employees, put on a circus and waste their time and money.

We need a decision on the Kinder Morgan Trans Mountain ASAP which would transport Alberta bitumen to the west coast and get China and global investment interest back. This same referendum would solve the impasse on the Energy East project.

To resolve the pipeline using a national referendum, we would still need strong federal and provincial leaders. Rachel Notley can’t get it done in Alberta. That is now clear to her constituents and time is running out on Trudeau. I bet a year from now we are still watching politicians squabble and we will still not have a pipeline decision.

In the conservative leadership race Peter MacKay and I shared 50 per cent of the popular vote as potential leaders. Since he has decided not to pursue the leadership, my phone has not stopped ringing. All the other candidates make the assumption that I will not run and they want my endorsement.

I am taking on a new role on behalf of the Canadian taxpayer. Think of me as a spatula that is designed to scrape away incompetency and mediocracy in provincial and federal government.

I want to hire better managers to run the biggest business in Canada. Which business is that? It’s Canada itself. I want leaders that respect the tax dollars of hard working Canadians and are prepared to be transparent and set performance metrics that they will be measured by, like solving the pipeline gridlock.

If you have called me to ask my endorsement for your leadership bid for the Conservative party, you better have a better plan than mine to solve the pipeline problem or you will have to adopt this strategy before I work on your behalf.

If I can’t find great managers to work for the Canadian people, I’ll do it myself.

To view the original article, with all images via Huffington Post: www.huffingtonpost.ca/kevin-oleary/

The Anti Oil Crowd says Fossil Fuels are Subsidized and They Should be Eliminated: Here’s the Problem With That Statement – David Yager – Yager Management